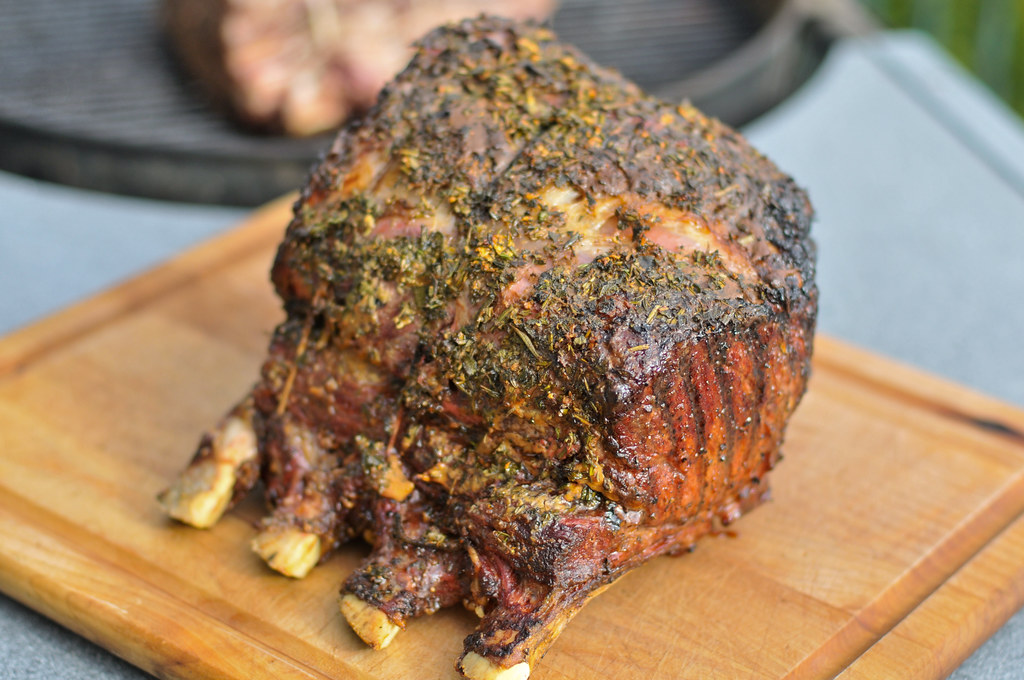 On the first day of my Kingsford barbecue competition boot-camp, we were given a meat demo from Snake River Farms, the brisket supplier of choice for many competition teams. During this demo we learned how to break down enormous hunks of beef into New York strips, rib steaks, and the best of all, the rib-eye cap. Thinking back to the only time I've done a rib roast, I now wish I had removed the cap for that amazingly flavorful steak, but alas, I did not, but the whole standing rib roast I did cook was one of the greatest pieces of meat to cross my grill. 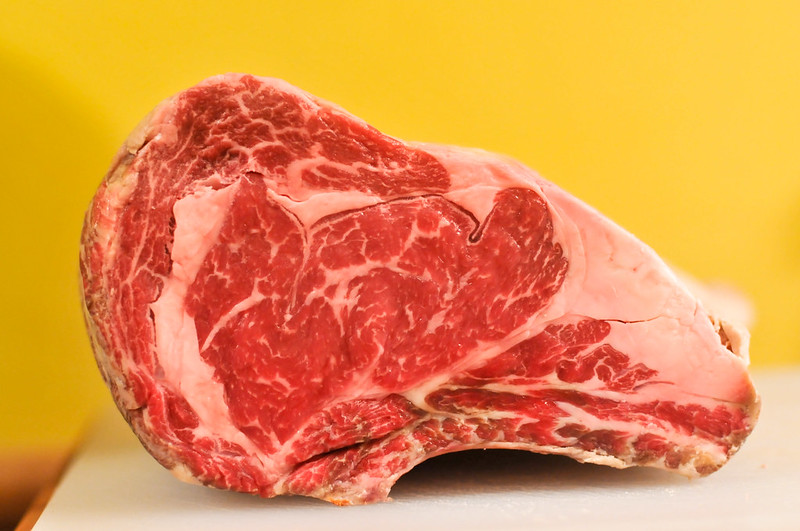 While I've been very impressed with the Snake River Farms beef, this particular standing rib roast came via another great producer, Creekstone Farms, graciously provided by Pat LaFrieda for an original post I did on Serious Eats. I got the entire standing rib roast—the primal rib section of the steer, bones six through twelve—cut into one four bone piece and another three bone piece. I decided to divide this up into two different test recipes, of which, this herb-crusted version was the clear winner. 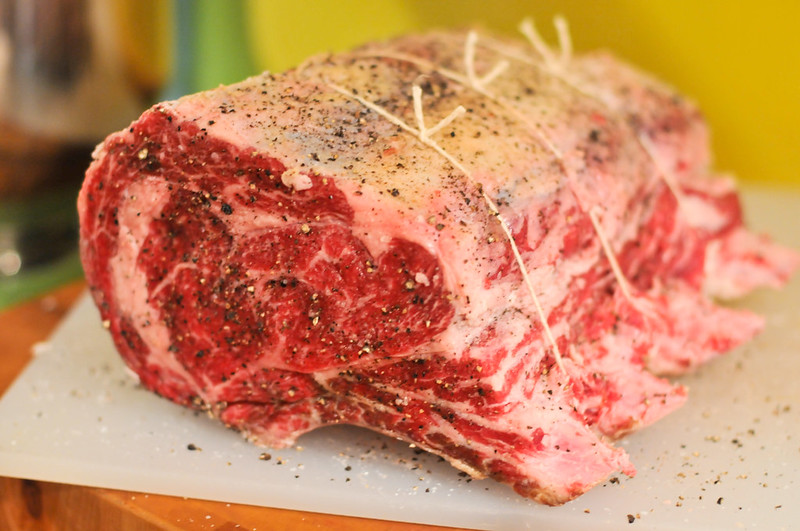 The first step to preparing this beautifully marbled side of beef was to trim down all the excess exterior hard fat (save that to grind into burgers or sausages later). From there I tied a piece of butcher twine between each bone so the roast would hold its shape on the grill and cook evenly. A heavy coating of salt and pepper was applied, then the roast sat at room temperature while the salt worked its briny magic to intensify the flavor of the beef. 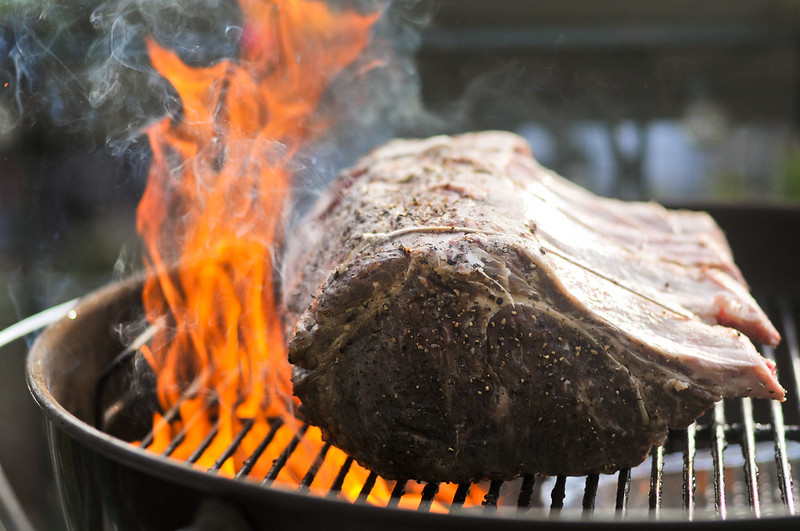 It was hard to be in the house with the glorious roast just sitting out there, taunting me to cook and devour it, but I had to remember patience is a virtue. Finally, it was time to take it to the grill, where the roast got a nice sear—accompanied by a lot of flare-ups thanks to all the rendering fat—on all sides to form a flavorful crust. 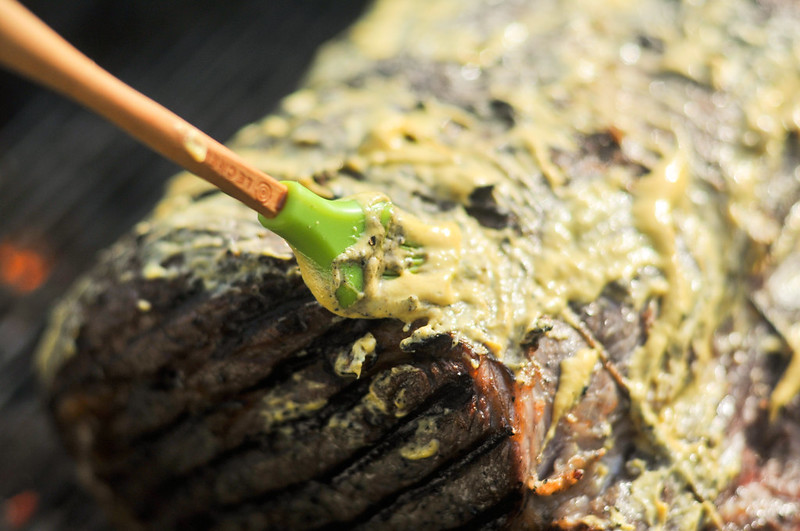 Once crusty brown all over, the roast was moved to indirect heat, bone side down. To build another layer of flavor, I brushed the exposed exterior of the roast with mustard, then patted on an herb mixture containing sage, thyme, rosemary, marjoram, and garlic. 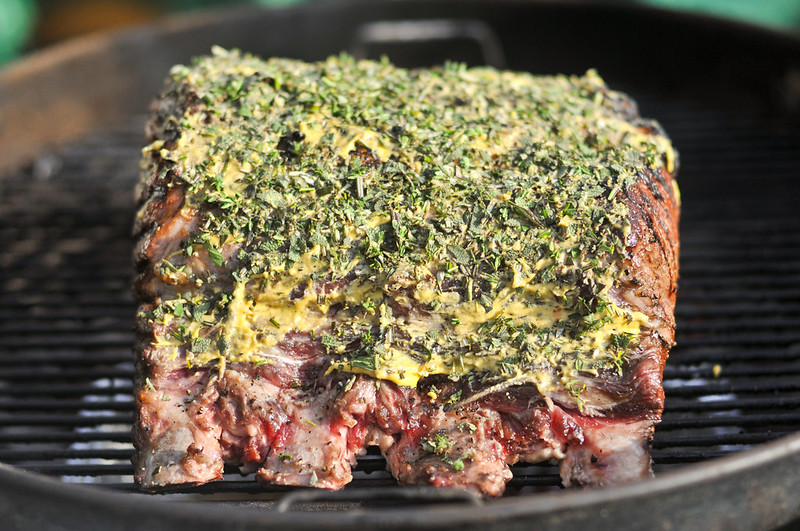 Then another long wait ensued. I only wished to cook this roast to rare—120-125 degrees—and then let it come up to medium-rare off the grill with carryover. This is usually a quick proposition with a lot of cuts of beef after they've been seared, but this monster piece took nearly two hours to reach that point. 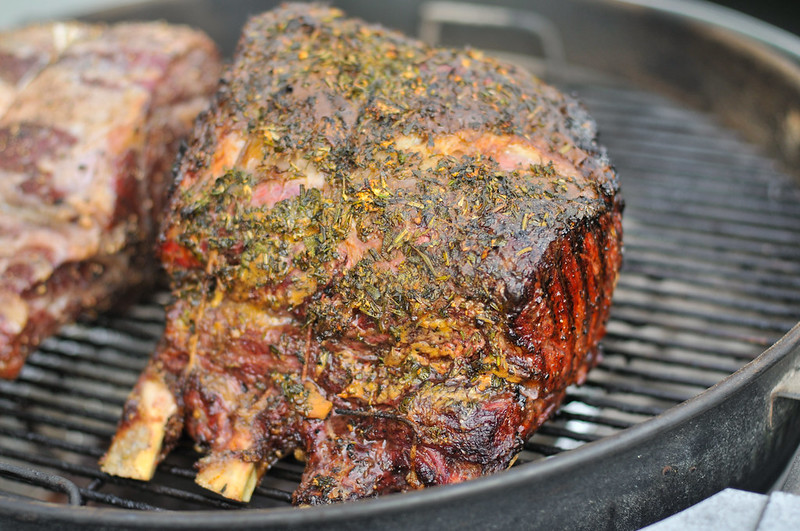 It got there though, and it looked tremendous. The herb crust was well adhered to the meat, but did not burn. The rest of the beef was a crusty golden brown that lets your eyes know it holds vast, incredible flavor. 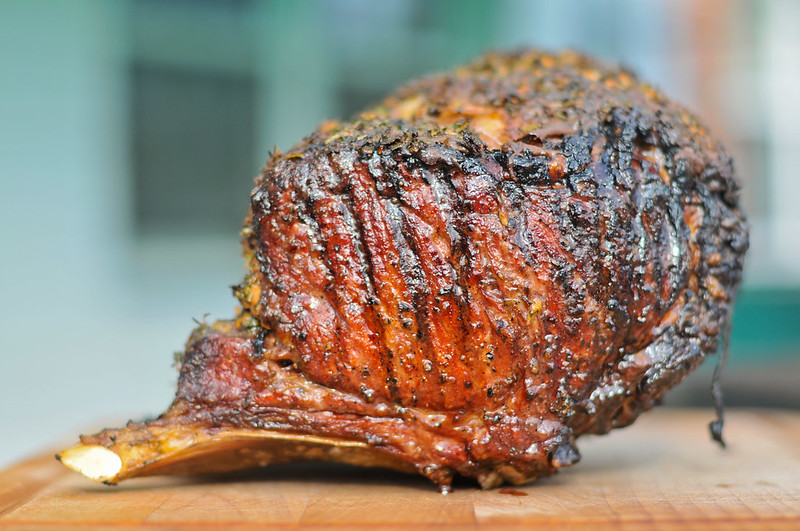 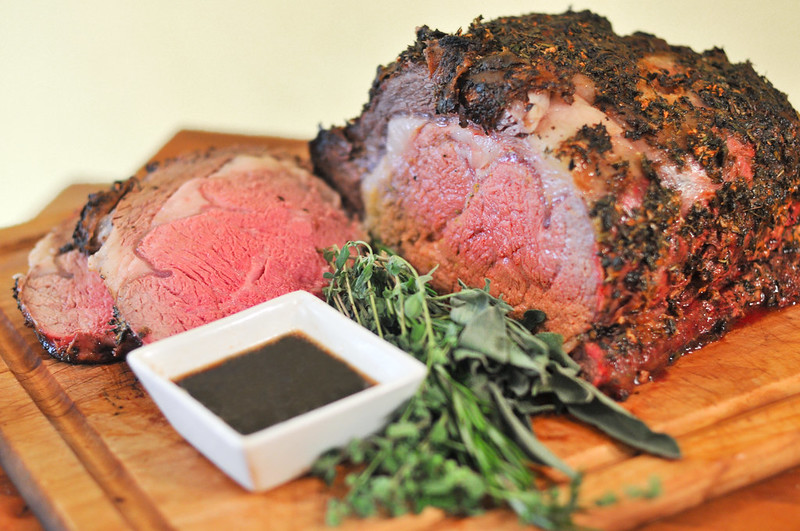 After a 20 minutes rest, it was time to slice and serve. I started by removing the ribs (which we gnawed on later) in order to cut boneless slices in a nice serving size. The meat was worthy for a king, rich and luscious, all you'd want from beef and more. The herb crust had an insane amount of flavor that was strong enough to hold up to the intense beefiness of the medium-rare meat—best was when you got both together in one explosive bite. This was a truly special piece of meat, one that I will never forget and worthy of the investment and time to do again. 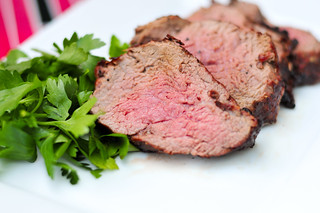 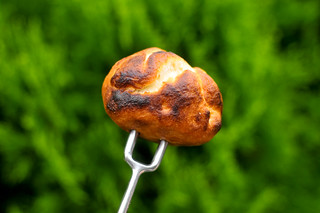