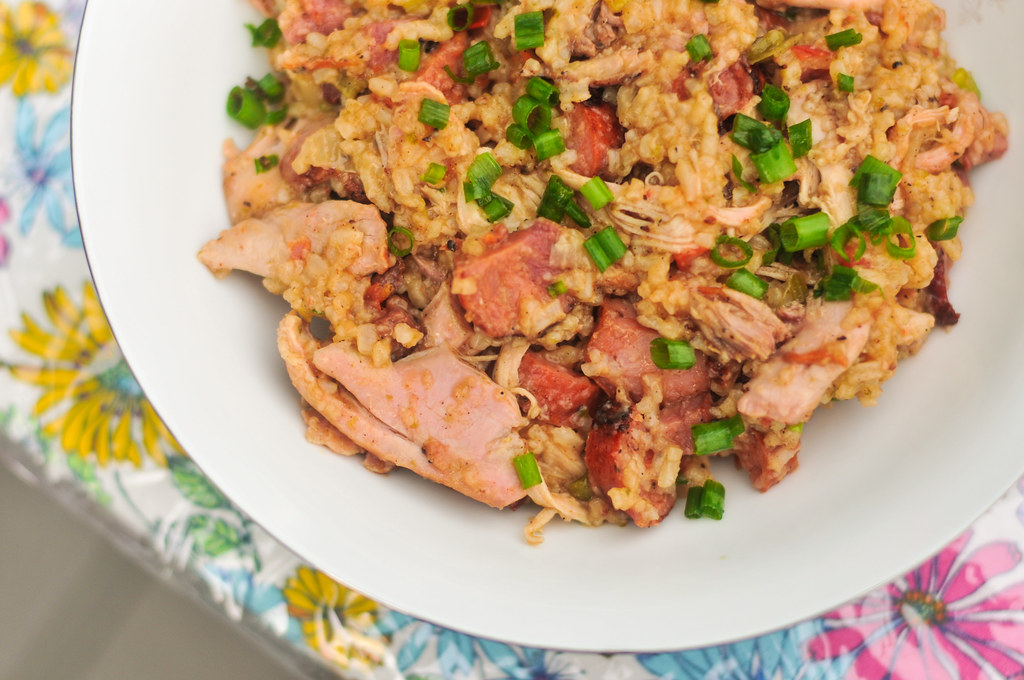 I've been undergoing a bit of liberation at the grill lately. First, a slow simmered pot of tomato sauce with grilled Italian meats turned into a excellent Sunday gravy. Second, taking a dry approach with racks of spares, but swapping the standard barbecue rub for Cajun seasoning, produced some incredibly different and tasty bones. Being a man of tradition, both were decidedly non-traditional takes to grilling and smoking that were outside the realm of the type of recipes I tend to tackle. Liking those results, and keeping the experimentation going, I combined the idea of a grilled sauce or stew with Cajun cooking, and out came this grilled chicken and sausage jambalaya. 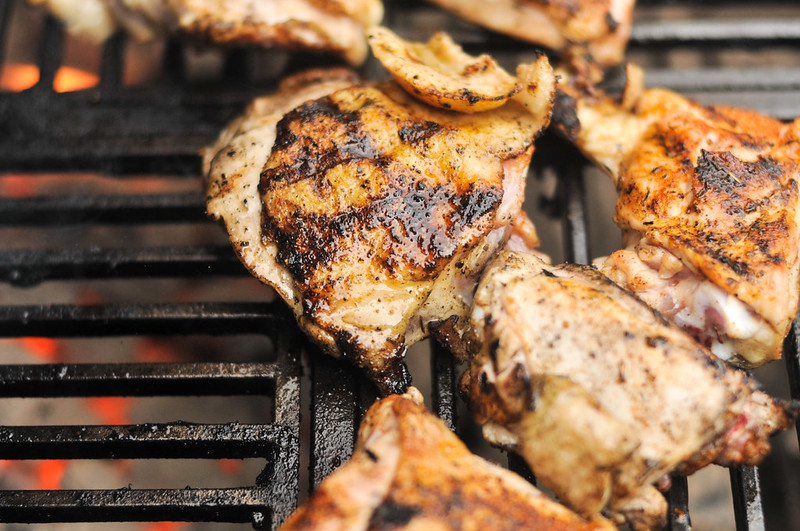 We all know the grill adds a nice smokiness and distinctive woodsy char to most everything is touches, and its this flavor that I was trying to introduce into my jambalaya to make it stand out from the norm. To do this, I decided to grill as many components of the this Cajun meat and rice dish as possible.

The first thing to hit the flames were chicken thighs, which got a nice coating of Cajun seasoning before being grilled. These cooked up beautifully brown with some of that desirable charring I was looking for. 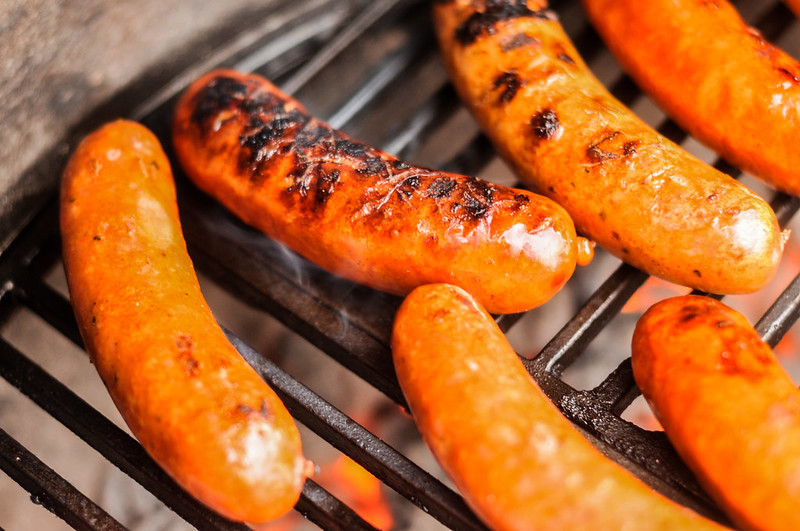 Next came the sausages, of which I had both smoky andouille and the more mild flavored linguica. Both were fully cooked already, so they could have easily just been sliced and thrown in the broth later on, but I wanted to give them a touch of the grill, so on they went until well browned and the casing developed a nice snap. 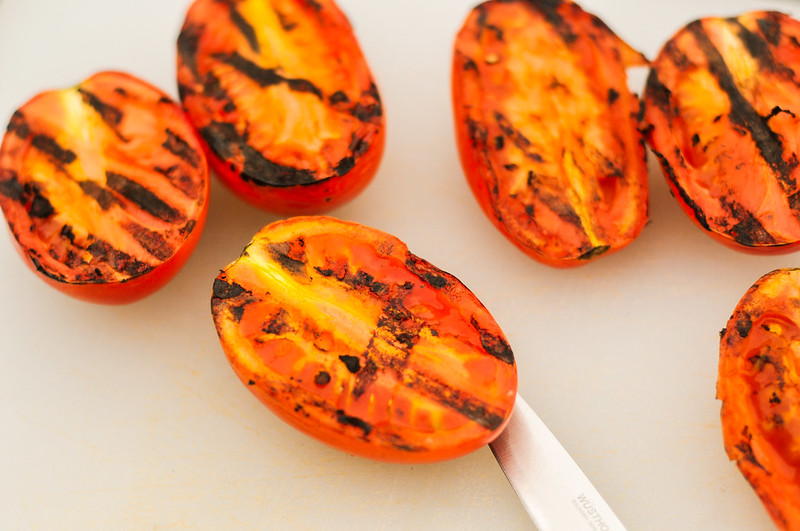 Finally a couple roma tomatoes were cooked until they were branded with the mark of the grill—yup, even some of the veggies got grilled. 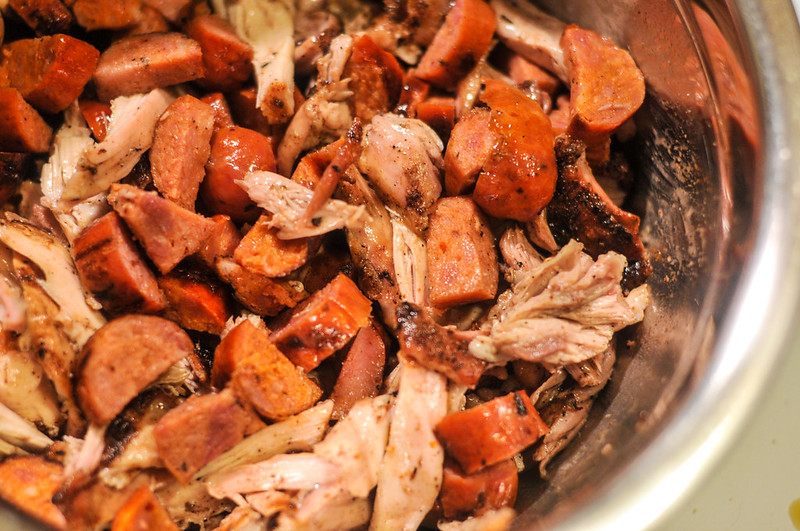 Once cooled enough to handle, the sausages were sliced and the chicken pulled. After both were piled into a large bowl, I got the feeling that this jambalaya was heading down the right path. 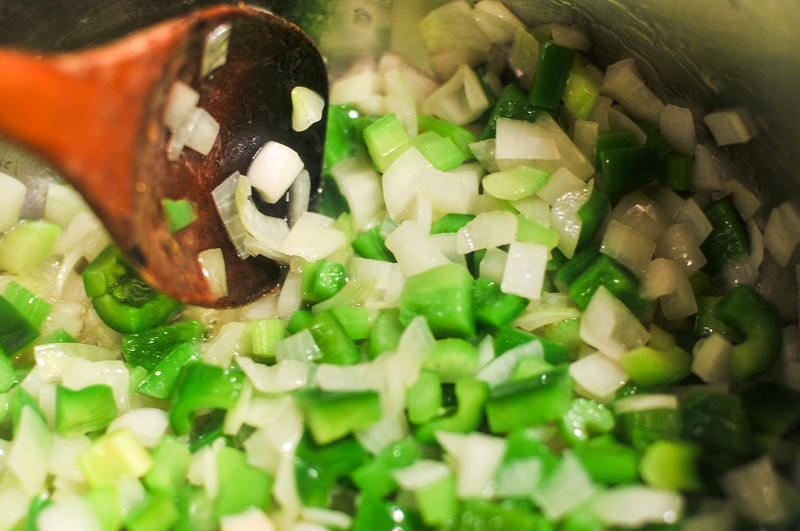 At this point I took the dish indoors. I certainly could have kept making it over the fire, but since I was transitioning from cooking directly over the flames to in a pot, there was little benefit to the grill and I didn't want to have to deal with changing out the charcoal.

The next step was to sautee the required holy trinity of Cajun cuisine—onion, green pepper, and celery—until softened. 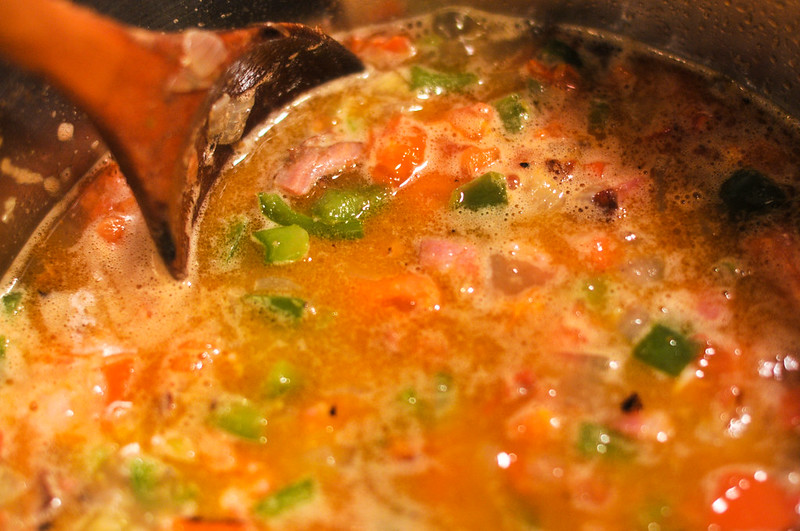 Following that, the grilled tomatoes were added into the mix along with tasso ham, chicken stock, rice, and seasonings. The whole thing was brought to a boil, then simmered until the rice was cooked through. Finally, the chicken and sausage were stirred as well as chopped green onions, and with that, this jambalaya was ready to go. 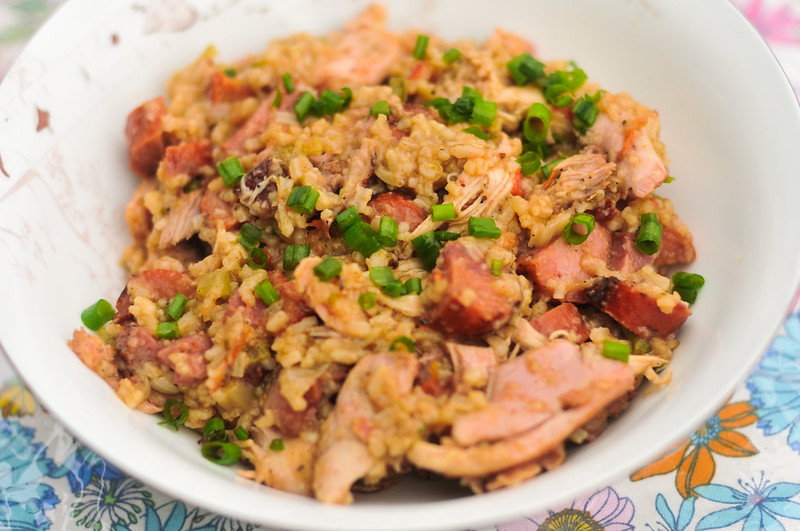 The final jambalaya was incredible. I'm admittedly new to Cajun and Creole cuisine, so I may be overly impressionable, but the explosion of flavor was instantly compelling with an interplay between meaty, fresh, and spicy. The large quantity of sausage and chicken made the grill well represented, giving a hint of smoke and distinctive crisp charred bits here and there. I relished in the success, which only left me with a stronger desire to grill more of these dishes that are seemingly not fit for the grill. Any good ideas of what to do next? 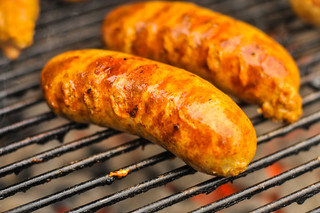