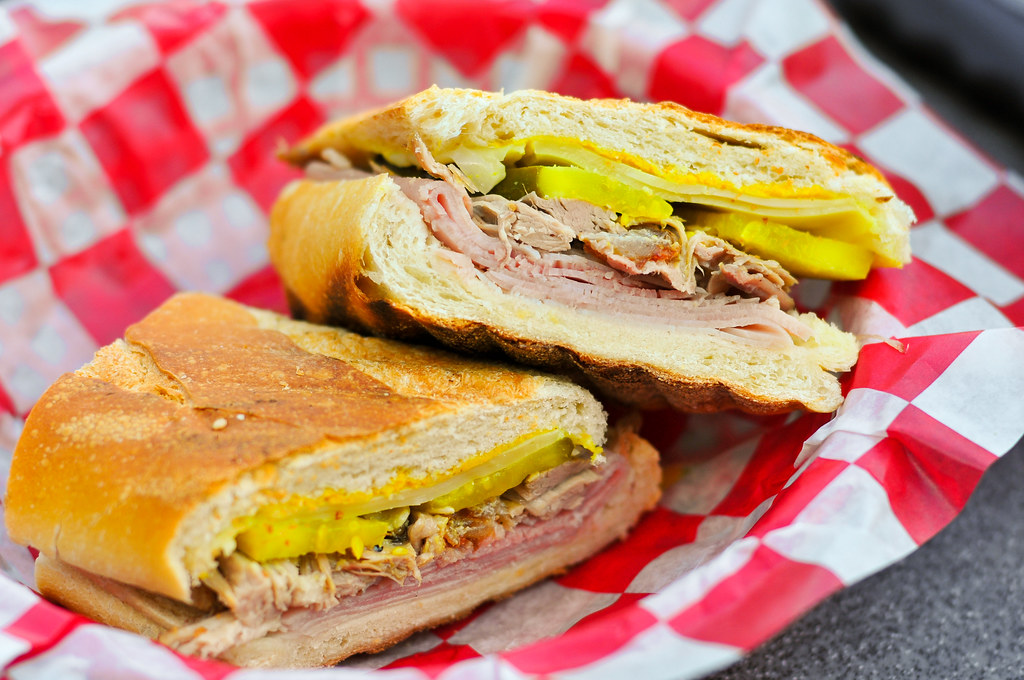 Remember last week when I said my two picnic shoulders, roasted into Pernil, went fast? That amazing disappearing pork had a whole lot to do with these Cubanos. Yes, the meat was excellent on its own, but there's something some so right, so exceptional with a Cubano—a pressed sandwich with ham, roasted pork, swiss cheese, pickles, and yellow mustard—that makes it truly irresistible. 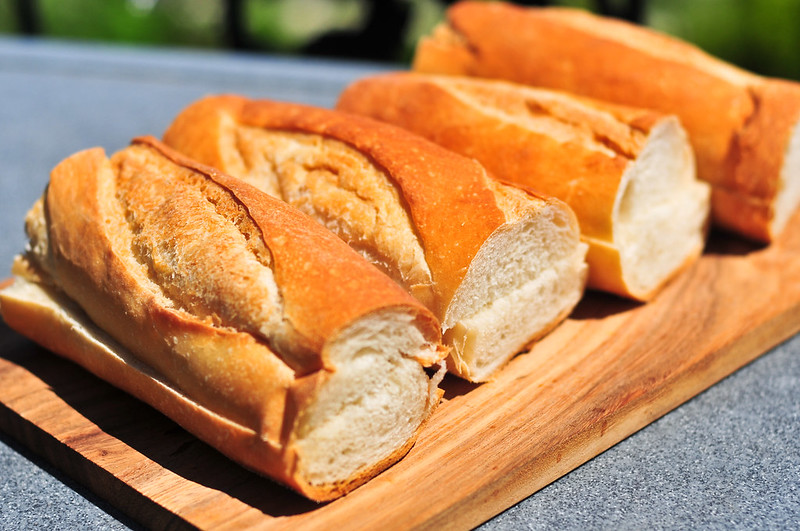 Let's start building the sandwich and see why its so great. It all starts with the bread. A Cuban roll is the bread of choice, which has light, airy texture with a thin, crisp crust. I consulted my local Cuban bakery on where to find these and owner informed me he was unhappy with most Cuban rolls he's had in New York, so uses a fresh Italian roll for his Cubanos instead, which creates a close approximation. Since his Cubanos are rocking, I took his advice and went the Italian bread route, purchasing the rolls from him. 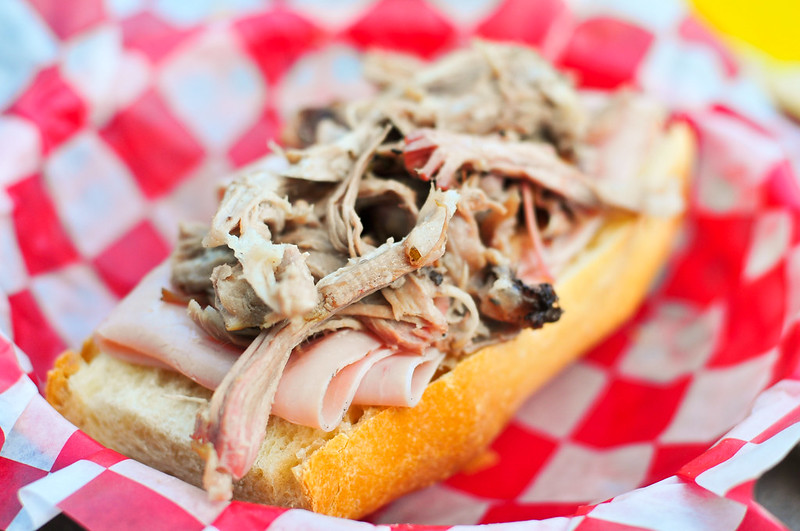 So now to form the base—a double dose of pork! With ham and roasted pork bringing two times the swine, how can this not be one of the world's greatest sandwiches? I used a few slices of a standard deli ham here, then piled on the freshly cooked pernil, but Cubanos are also a great use of any leftover roasted pork you may have as well. 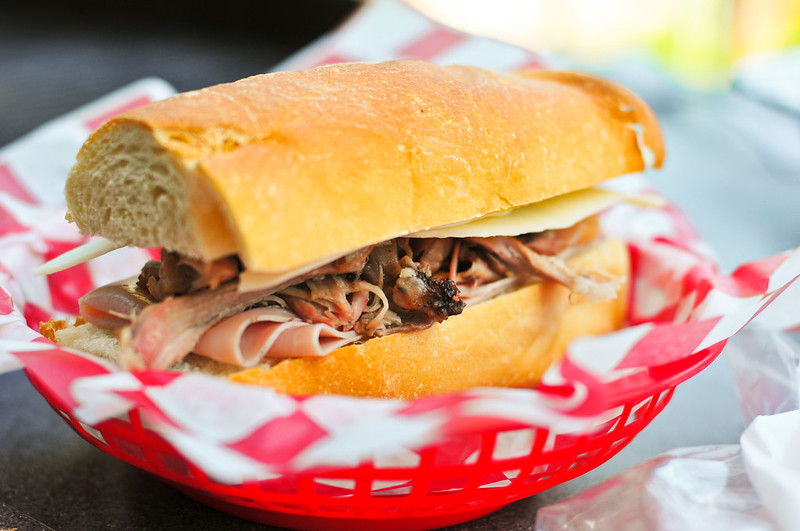 Then to finish it off, pickles and swiss cheese were added, followed by a generous smear of yellow mustard on the bread. I can image this would be pretty tasty now, but it's not a Cubano yet—it needs some grill time to become truly exceptional. 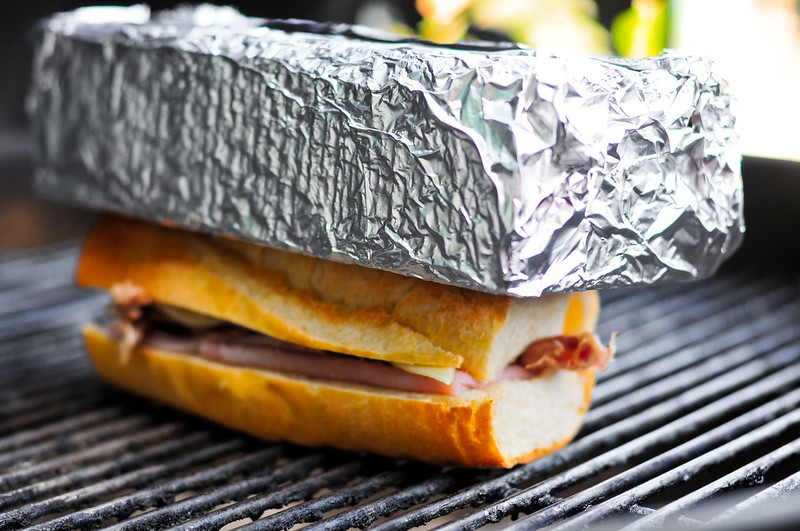 A sandwich press is the traditional tool used, but really, your entire grill is a sandwich press, so no need for extra equipment. To press these sandwiches, I first wrapped a brick in foil and let it sit on the grill to heat up while the fire was at its hottest. Once the brick was retaining a good amount of heat—after 10-15 minutes over a very hot fire—I place the sandwich on the grill and carefully placed the brick on top, while wearing my handy welding gloves, of course. The grill was then covered and let go until the sandwich was throughly pressed and heated through. 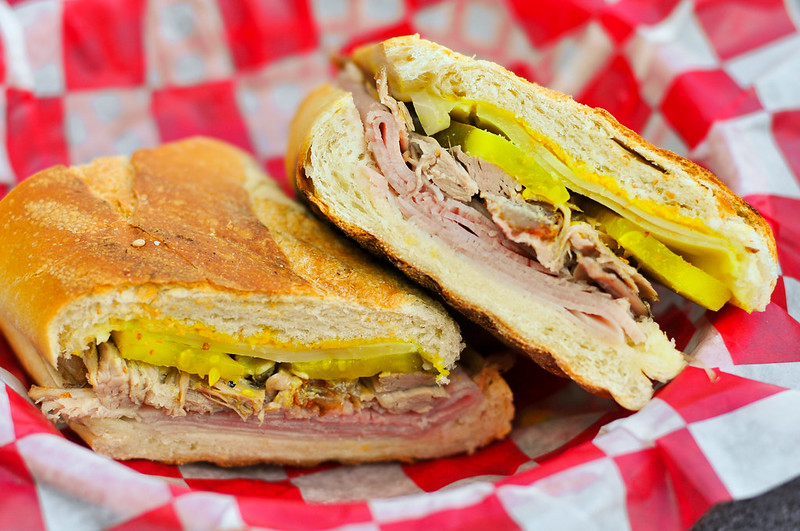 Off comes perfection. A sea of textures and flavors fill your mouth in every bite—sweet ham, porky pernil, the sour snap of the pickles, creamy swiss, the bite of the mustard, and the crispy crust of the bread. A true sandwich of sandwiches. 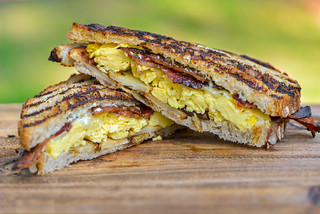