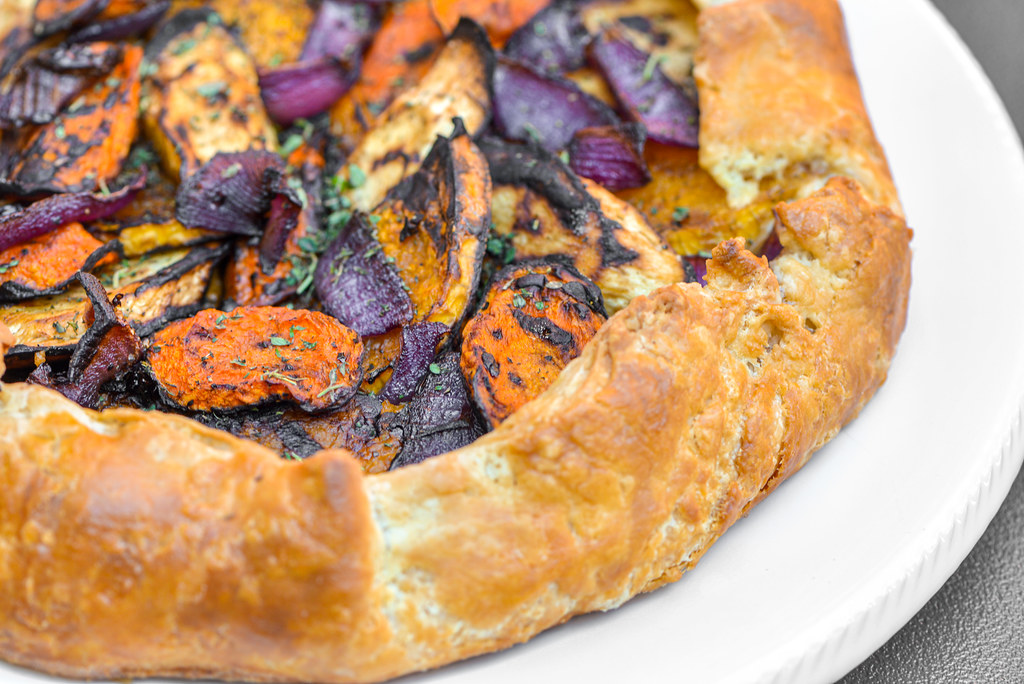 Prior to the pandemic, I don't think I ever crossed paths with a galette. I really had no knowledge of these free-form pies of French origin, but as I crept into my third month of cooking dinner at home almost daily, I was deep into looking for inspiration for new dishes and came across the galette. It showed up when I was searching for a new-to-me dish to use the seasonal summer squash that were starting to line grocery shelves and market tables, and once I gave a zucchini and ricotta galette recipe a shot, I ended up going a bit galette crazy from there on out. It was hard not to when this dish was so versatile and satisfying—no matter what combo of cheese and veggies I tossed into a pie crust, it always came out tasting great. I've cooled a bit recently on the galettes, but I made this one filled with grill-roasted fall vegetables while I was still in the thick of my obsession last year, and it too turned out amazing. 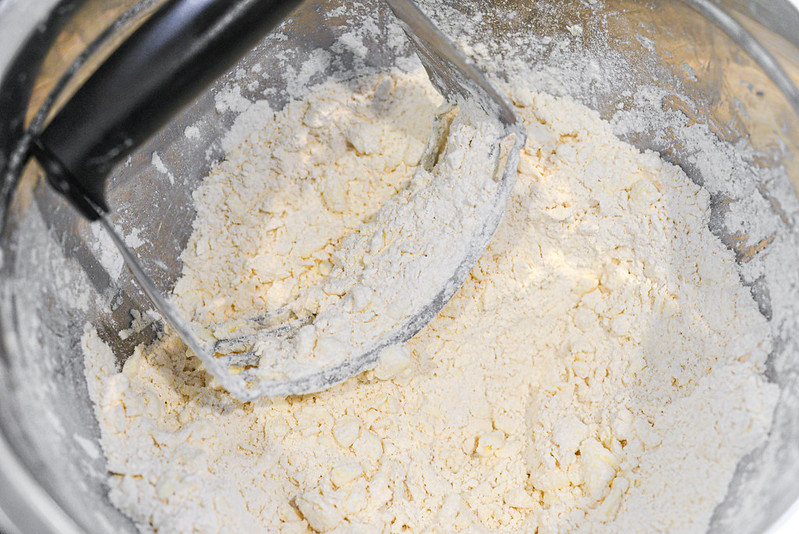 The galette dough is just a pie crust, so you can simplify this recipe by picking up a frozen one at the grocery, but with extra time on my hands in the pandemic, improving my pie skills was just one of many things I took on. I found a preference going with hand cutting the butter into the flour, instead of utilizing the food processor, because it gave me better control of the butter chunk sizes—a little bigger pieces rendered flakier crusts—and required less clean up in the end too. 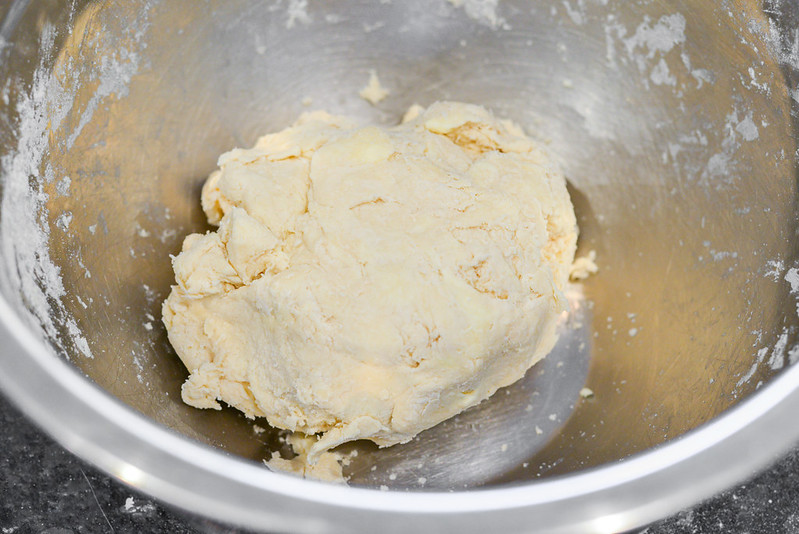 The first galette recipe I made had an addition of apple cider vinegar in the dough, which I switched back and forth using since it's not a necessity, but I did feel like it gave the dough a little more of a savory touch, so put it into this recipe. After folding the liquids into the flour until a dough formed, I encased it in plastic wrap and placed the dough in the fridge to chill and rest for a couple hours. 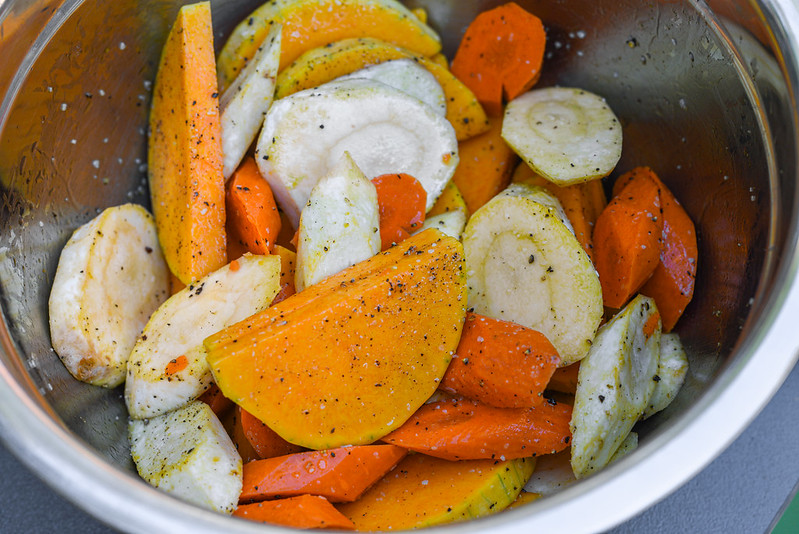 For the stuffing, I went with a ubiquitous mix of fall veggies that included butternut squash, carrots, parsnips, and red onions, but you can really use your veggies of choice that hold up to long roasting times. Those first three vegetables were all cut into 1/2-inch chunks and tossed with oil, salt, and pepper. The onions I treated separately since they do best when skewered to hold them together on the grill. 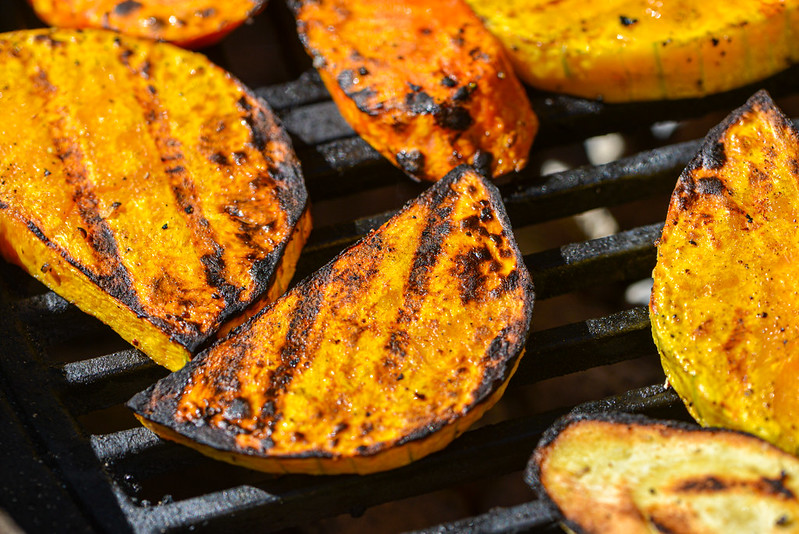 I wanted to get a good grilled flavor into this galette, but I knew the veggies were also going to roast again when baked in the dough for about 45 minutes, so I also didn't want to overcook them and dry them out. So I went with a direct heat method of grilling, which gave them a good exterior color and char, but by the time that was done, they were only starting to soften and needed extra cooking time to become fully tender. 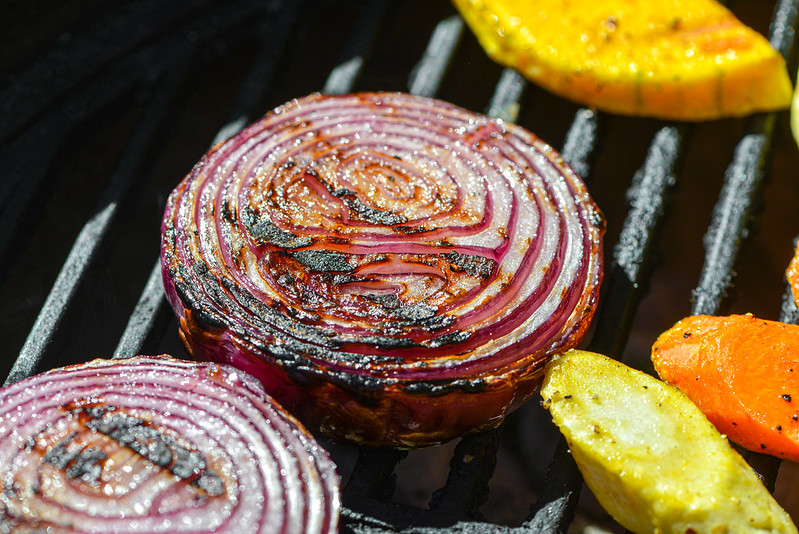 I took all the veggies off the grill as they developed the coloring I was after and placed them on a cutting board. I kept them all the size they were originally cut into except for the onions, which I de-skwered and then roughly chopped. 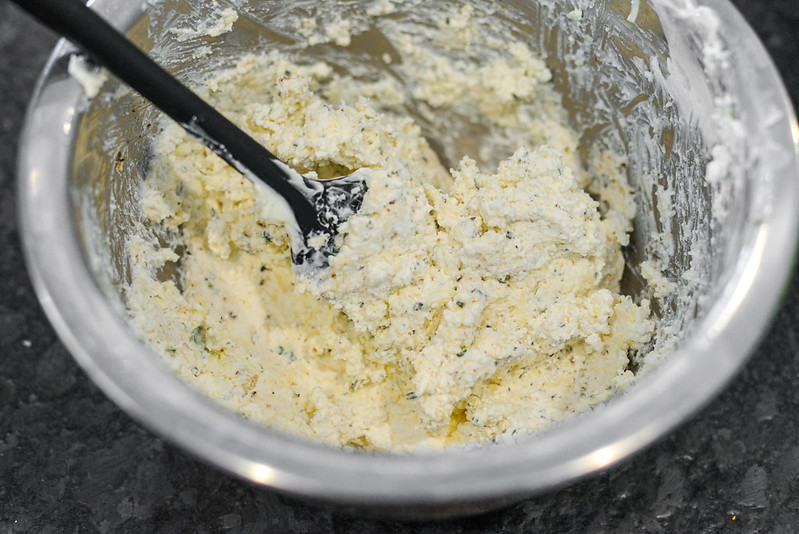 All the galettes I've made have featured a cheese layer under the primary topping, and that's been a crucial element in my love for this dish, so I didn't want to mess around with what works in my recipe. That led me to make a cheese combo that used the slightly tangy and soft farmer's cheese as a base, with cheddar mixed in to add a boost of sharpness. I remembered farmer's cheese being a little more spreadable last time I worked with it, but the mixture ended up being pretty thick once I combined the two cheese and I needed to thin it out a tad, which I did with the addition of Greek yogurt that ended up being a good tang enhancement too. 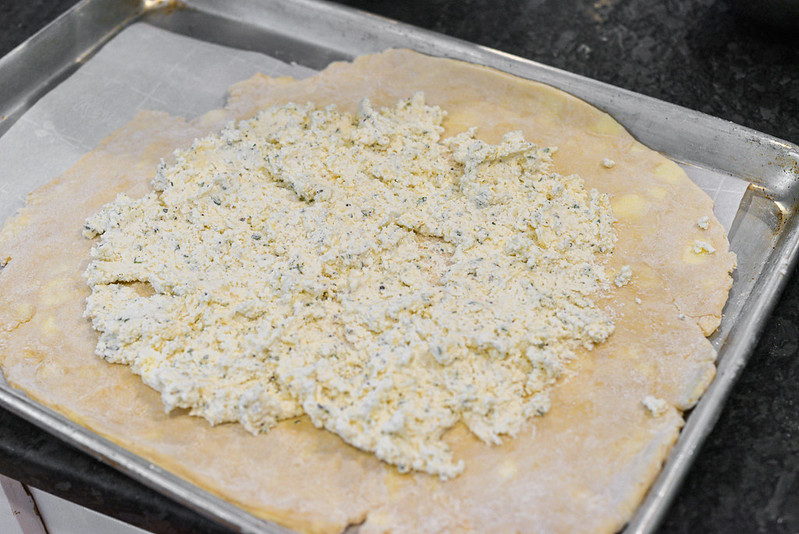 When I had the cheese and veggies all ready, I took the dough out of the fridge and rolled it out into a circle until it was about 1/4-inch thick, which made a round roughly 14-inches in diameter. I transferred that to a parchment lined baking sheet and then used a rubber spatula to spread on a cheese layer, leaving about a two-inch area with no cheese along the edge. 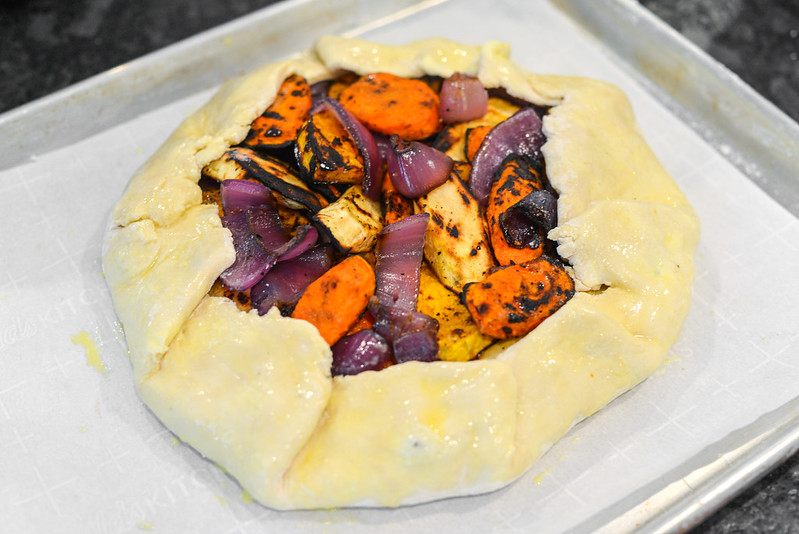 Next I piled in the veggies, and while I generously stacked them in, I still didn't end up needing every single piece that had come off the grill. I then folded the edges of the dough up and over the filling and brushed that exposed crust with an egg wash to give it a shiny appearance in the end. The galette then baked at 425°F until the crust was golden brown and the veggies had fully softened, about 45 minutes total. 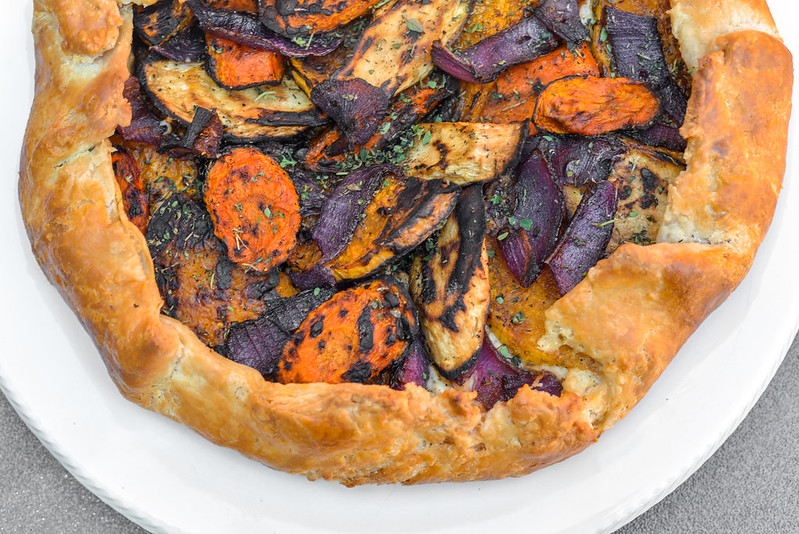 There's something also visually really nice about a galette no matter how haphazardly it gets put together—the rustic nature is its charm. In my experience, that visual appeal has also always translated to one of taste too, and that was certainly the case again here. The natural sweetness that came out in the veggies mingled with the charred exteriors to add a lot to like in flavor and texture right off the bat. Of course, there was still that rich and tangy cheese that elevated the filling, and finally, the tender and flaky crust which is what makes a galette not only incredibly satisfying, but also substantial enough to be a meal. It also does work as a side dish too, and this galette was served in that manner to go along with a turkey porchetta main course, which made the galette stretch longer with an entire crowd getting a piece and then ending up with one slice still remaining, which I got to enjoy later that week. I'm certainly glad galettes have come into my life, even if it took a really long time to happen, and even happier that I found a way to combine my love for them with my love for grilling to make something fitting to share with all of you! 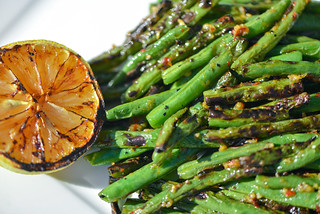