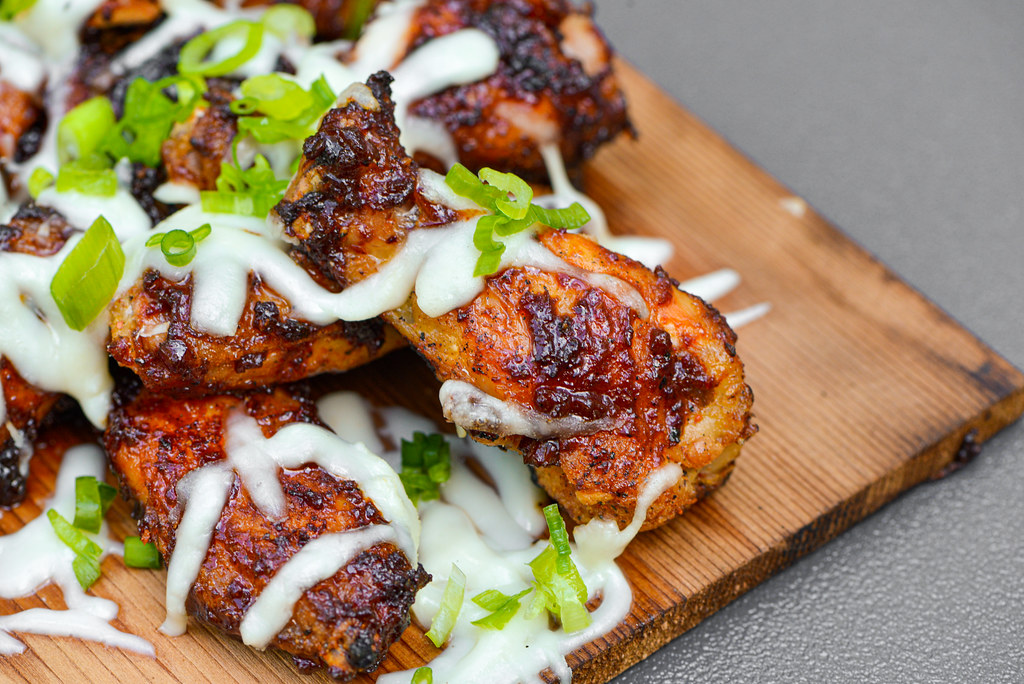 When I first tried out making Korean fire chicken, aka Buldak, I got a comment that the sauce seems like it would work wonders on wings. That reader tried it out and reported back the it was indeed excellent, so I knew I needed to work a recipe for it into my 2022 Wing Month line-up. I was so looking forward to making these that I saved them for the very first true Meatwave once gatherings became possible, and I was right to wait on them because these fire chicken wings were definitely worthy of sharing with as many people as possible. 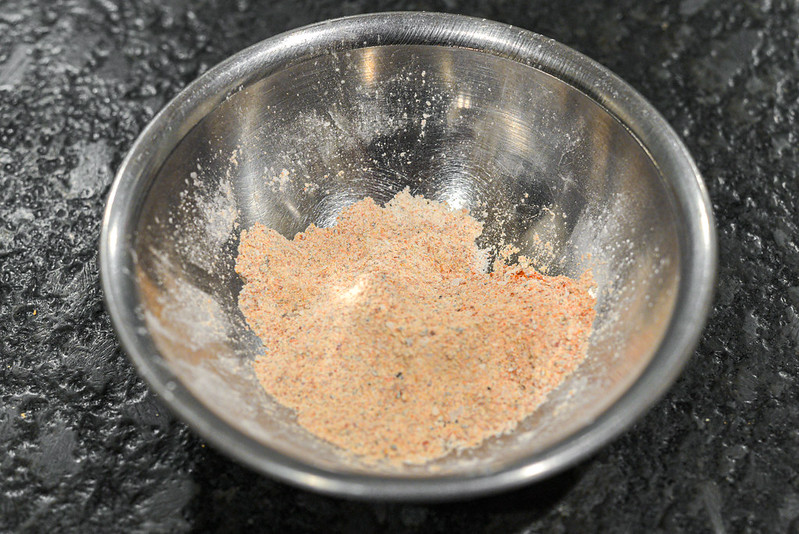 The recipe doesn't vary much between classic fire chicken and this wing version, but what I did change up was the process. The original recipe calls for utilizing the sauce as a marinade, but I wanted to come out on the other side here with crispy wings, so I started with my standard procedure to achieve that, which begins with a rub of baking powder and salt, to which I added some complimentary seasonings like garlic powder, ginger powder, and gochugaru—Korean pepper flakes—to up the heat factor. 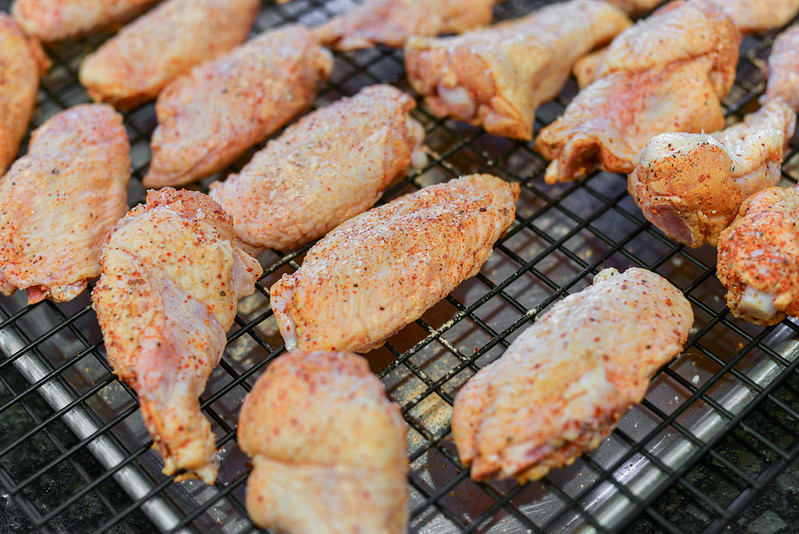 I applied this seasoning mixture to wings I had patted dry with paper towels to start the process of moisture loss. Then I arranged the chicken on a wire rack set in a baking sheet and put that whole thing in the fridge overnight, which allowed sufficient time for even more moisture to be lost from the exterior of wings, and that's crucial for getting crunchy skin on the grill. 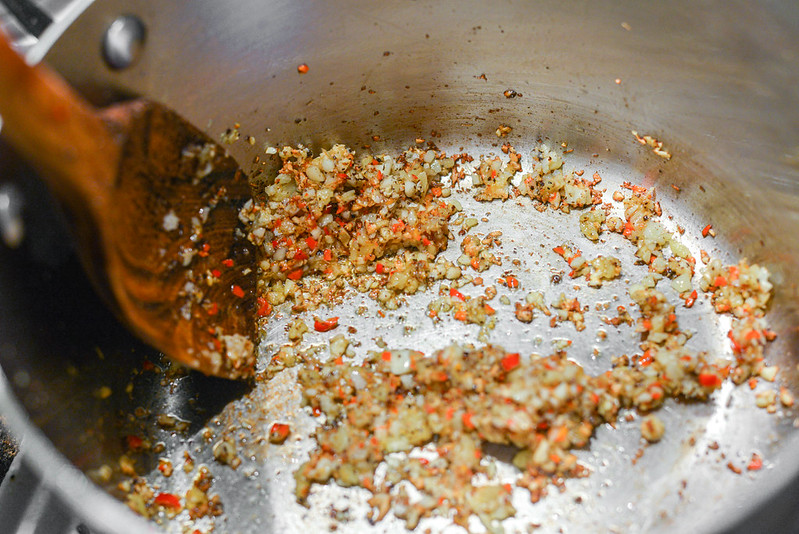 This extended rest period also allows for ample sauce making time. I got this sauce recipe from Serious Eats, and the first time around I used it as-is and was thoroughly happy with the results. So I didn't change much the second time around except streamlining the process a tad where I could and removing some extra liquid that came in the form of chicken stock in order to result in an even thicker sauce that would be better suited for coating wings. 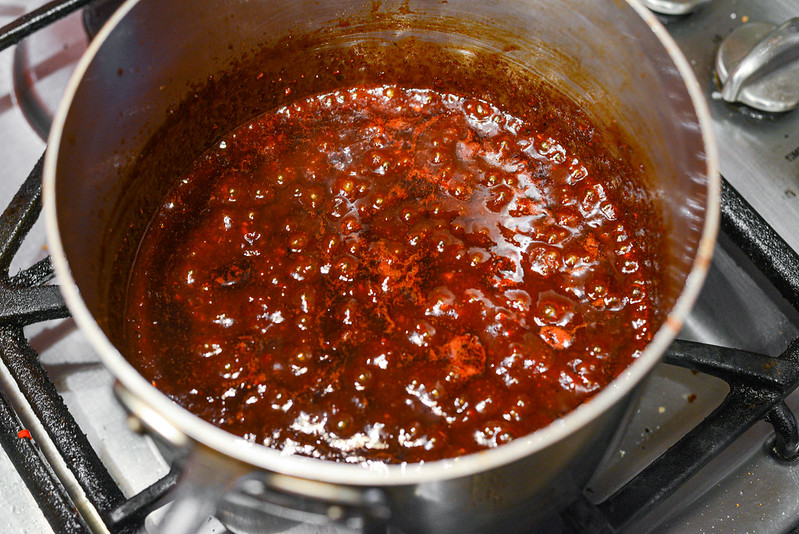 The sauce construction began with sautéing a ton of garlic and ginger, then adding in both bird's eye chilies and black pepper. Then the liquids went in with gochujang bringing the heat, soy sauce adding salty and savory components, and a combo of Sprite and Korean rice syrup for sweetness. Gochugaru and sesame oil were then the final additions before I let the sauce cook until thickened, which didn't take very long at a medium simmer. 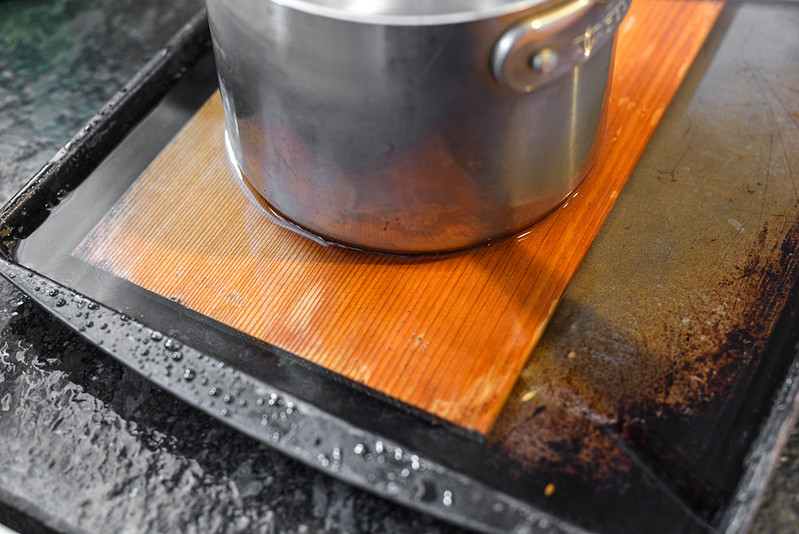 That sauce is pretty damn spicy, and one thing that I thought made my last buldak work so well was the mozzarella cheese that adorned it, providing a cooling contrast to all that heat. How to effectively do that with grilled wings presented a challenge though, one I solved by choosing to plank the wings after being cooked so they could go back on the grill to melt the cheese. So before I began grilling, I soaked a large plank so it would be water logged and wouldn't catch fire when placed near the fire. 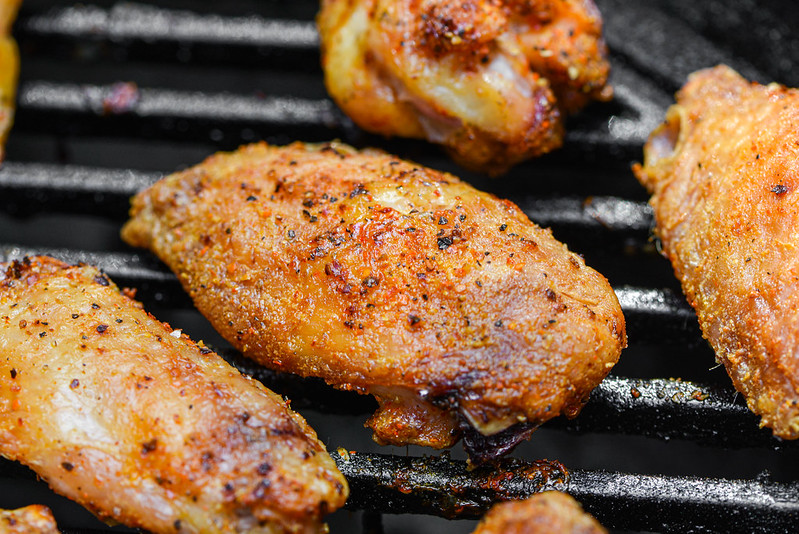 These wings ended up having four cooking stages of grill, the first being the initial roast over indirect high heat that would fully cook the chicken and get the skins crispy. This was the longest portion too, clocking in at 40 minutes. 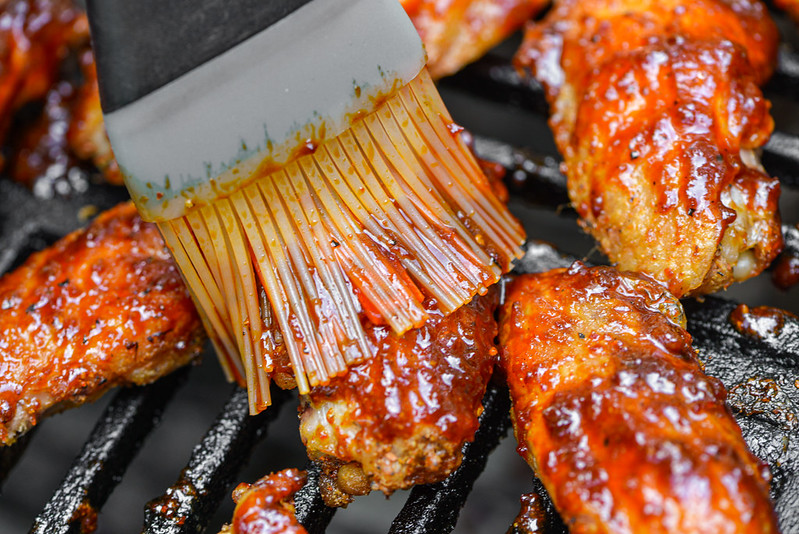 Next, I brushed the wings all over with the sauce, re-covered the grill, and let the wings continue to cook until the sauce had baked down well. Since the sauce was already pretty thick and sugar heavy, this only took about five minutes total. Then the third stage came after I brushed the wings with sauce another time and moved them directly over the fire. Part of the hallmark of my first buldak recipe was a lot of char, so this cooking step was meant to replicate that, and it did with the wings blackening in no time over the coals that were now outputting a medium heat. 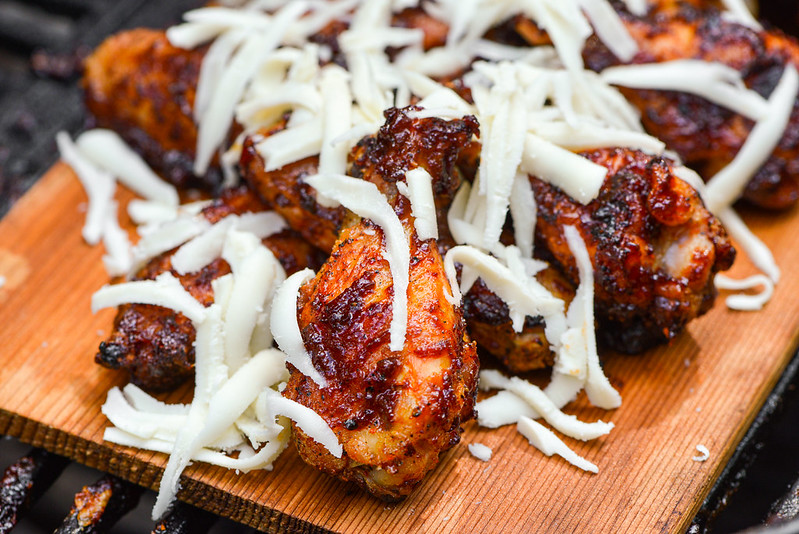 The final stage was the melting of the cheese, which I did after getting as many wings to fit on the plank as possible, and then sprinkling on low-moisture mozzarella. I placed the entire plank over indirect heat, covered, and a few minutes later that cheese was nicely melted. 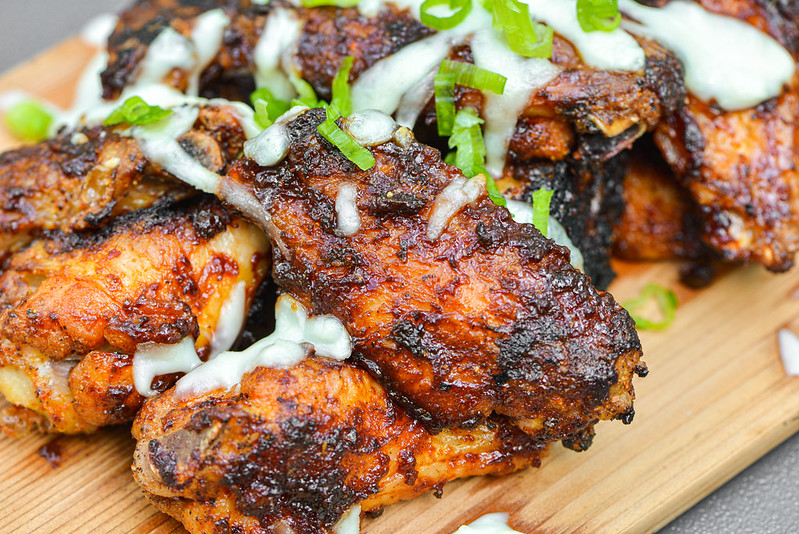 It's best to eat these right off the grill while the cheese is still really soft and separates easily as each wing is lifted from the plank. Also, something about the wings being extra hot in both temperature and spiciness felt satisfying and right. These wings are pretty spicy, but they aren't hot just for hot's sake with a sauce that's incredibly complex and nuanced. You get some heat right off the bat, but also sharp gingery and garlicky bites along with savory sweetness that, when mixed with the cheese, provides a small respite before the heat really kicks in. I truly loved these wings, which came as no surprise as I've added even more buldak into my diet recently, regularly chowing down on bowls of buldak ramen—I'm all in on this crazy delicious and spicy sauce!