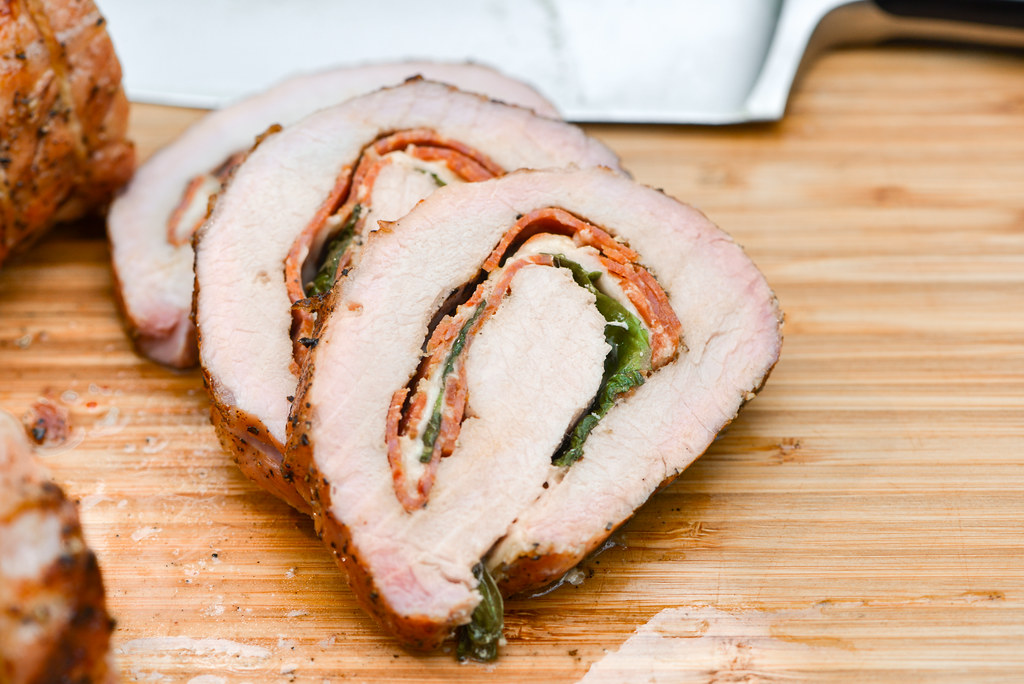 After getting the basics of grilling down in my younger years, I became enamored with creating meat rolls. At the time, it felt novel and ripe for exploration and I ended up over doing these to the point of burning out on them. That has lead to meat rolls being something that has more-or-less dropped off this site, unless you include porchetta in this category, because I do continue to make that amazingly seasoned pork belly roll regularly. When planning an Italian-inspired cookout last summer, I had an idea that sounded delicious enough to return me to the realm of the roll—stuff a pork loin with hot sopressata, provolone, and basil. As it became clear we were going to have a small gathering, I was actually going to drop this dish because it was going to be overkill for my crowd, but I decided to just go for it while grocery shopping and I'm glad I did because it turned out great, so much so that it was actually almost gone at the end of day. 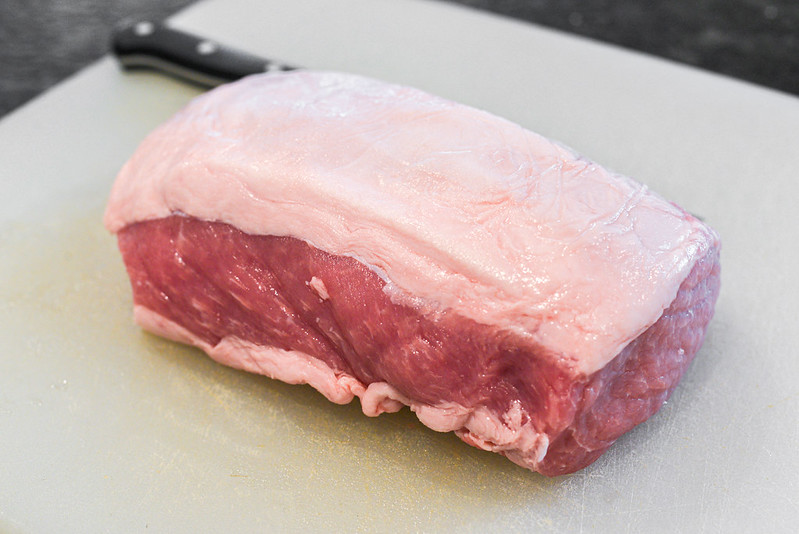 It's not just meat rolls I've let fall to the wayside, but cooking pork loins altogether. Being more adept at cooking, I no longer fear the fattier cuts like pork shoulder, which can be trickier to get right, but are undoubtedly more delicious. Pork loin has its place though, and as a large cut devoid of bones and connective tissue, it is well suited to be butterflied and rolled, so it was the right time for it to make a return. 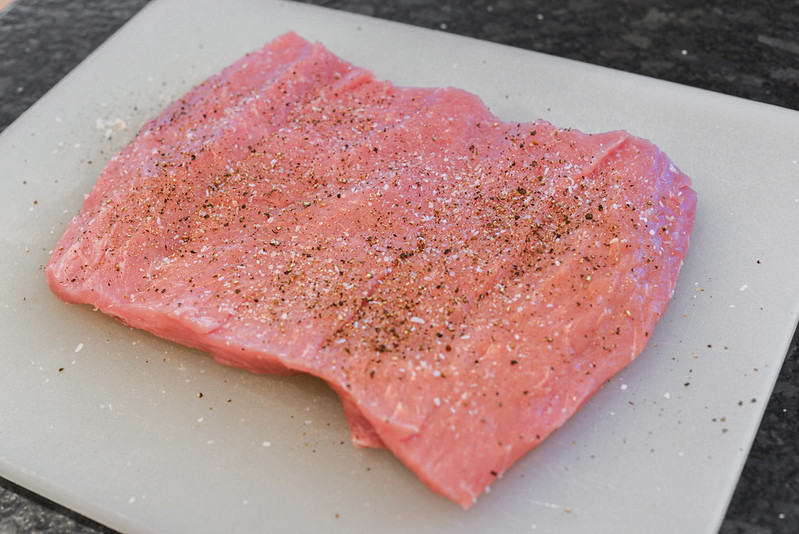 I trimmed that large fat cap down to about and eighth of an inch thick since it likely would not render well enough during a short cook and had the potential to be chewy, especially as the loin cooled down. I then butterflied the loin open to about half an inch thickness and seasoned the exposed meat well with salt and pepper. 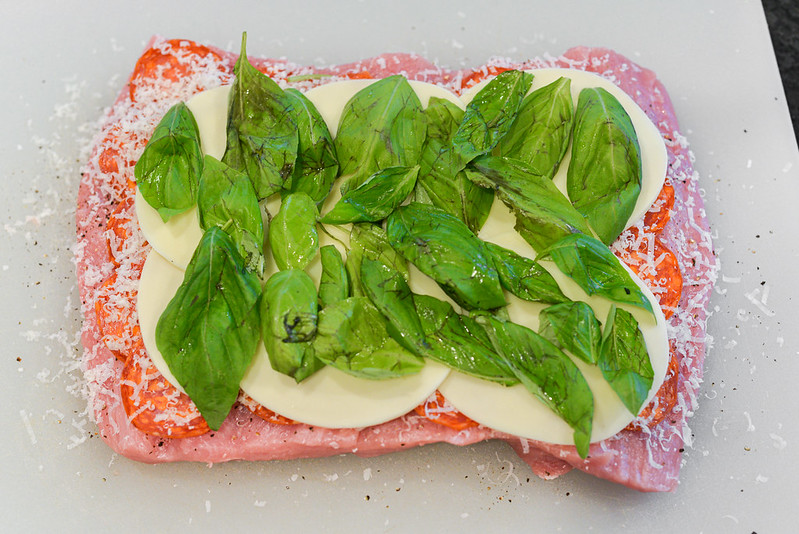 Next I laid down the stuffing, which began with the hot sopressata followed by layer of parmesan. I doubled up on the cheese because I opted for mild provolone, which I thought might be a little too mild, but also feared sharp provolone would be too dominant at the same time. So parmesan seemed to be a way to add a more mellow sharpness and extra savoriness without going overboard. After the parmesan went the provolone and fresh basil leaves. 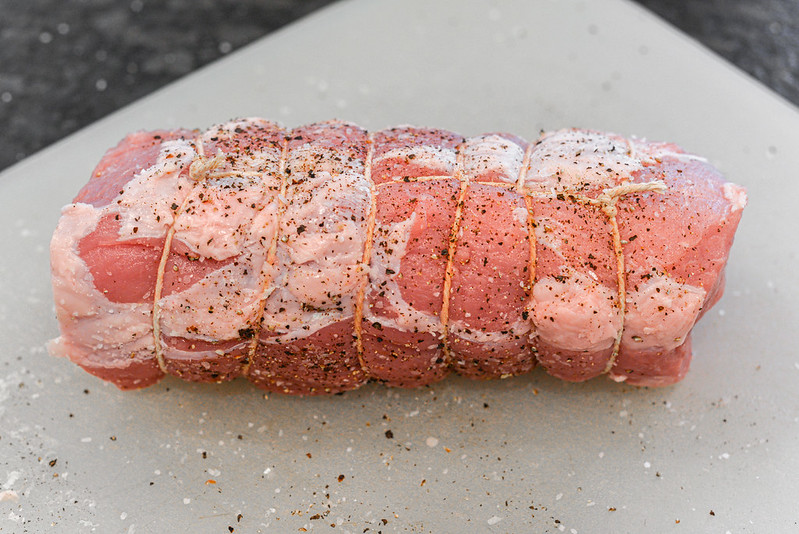 I then rolled the pork tightly closed and began the process of securing it shut with butcher twine. I find something oddly enjoyable about trying up a roast like this and always look forward to this step. Once done with that, I seasoned the exterior of the meat with salt and pepper, and with that, it was ready to grill. 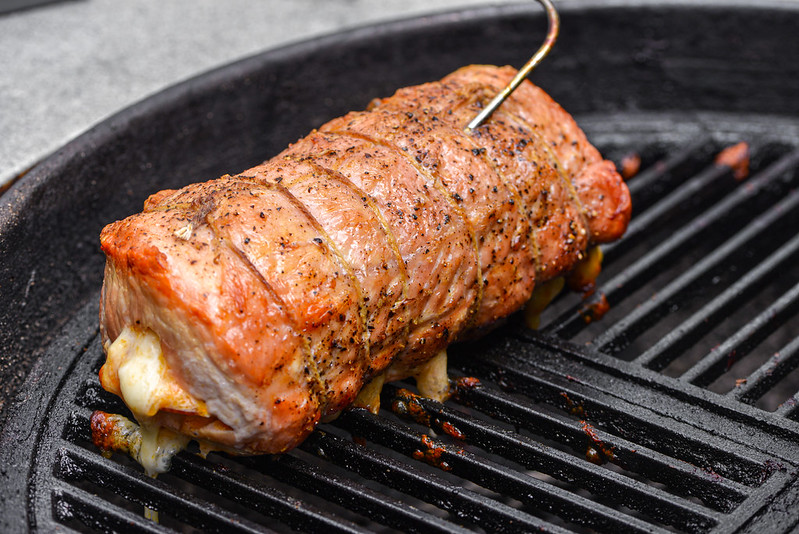 I had the thought that this dish might benefit from low and slow cooking over smoke, as I've found my porchetta has, but, alas, I was not barbecuing this day and I wasn't inclined to get the smoker up and running for this singular item, so on the grill it went, over indirect heat. I let the pork roast until it hit around 135°F in the center, which was ten degrees shy of my final target temp. 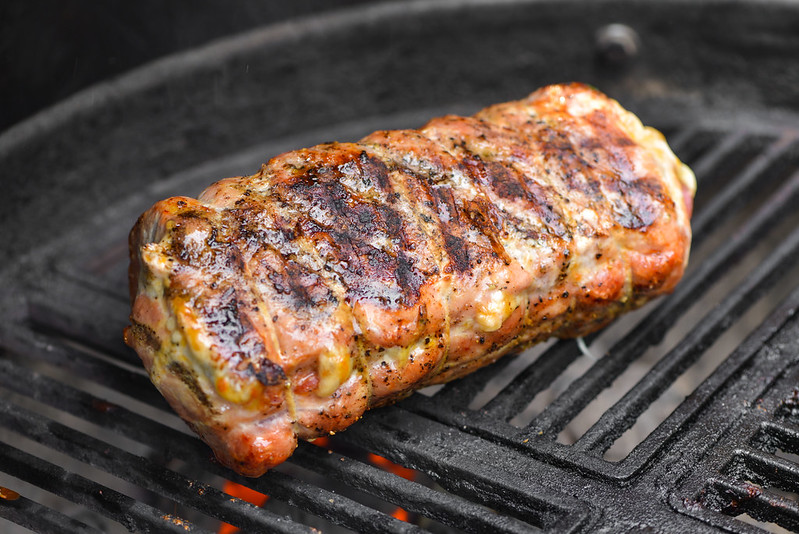 I went lower because the next step was to get a good sear on the meat, which I did over direct, medium-high heat. In the the five or so minutes it took to sear it all over, the internal temperature rose to the final 145°F I was looking for. After I got good coloring all over the pork, I transferred the roast to a cutting board and let it rest for five minutes before slicing. 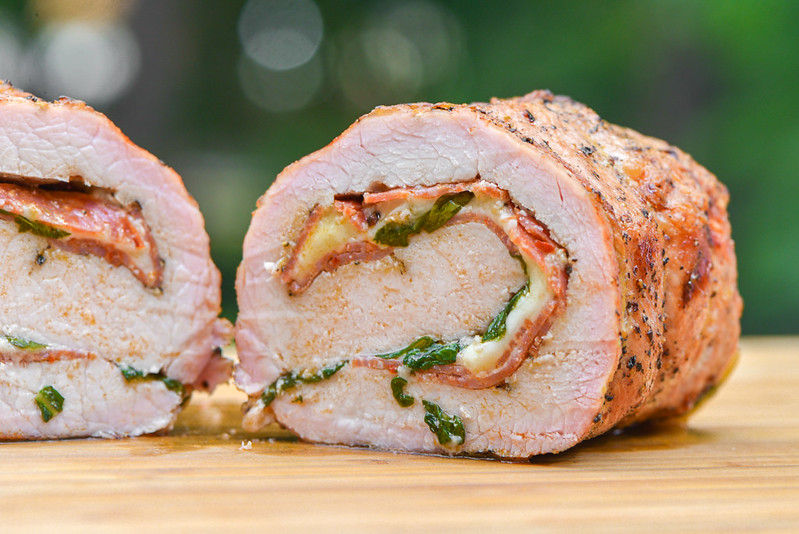 After making that first slice, I remembered one of the primary reasons I was attracted to meat rolls in the first place—they just kind of look cool, and that's good for a site that relies on photos to draw people in. The pork itself was tender and well cooked, but it wasn't as juicy as I was hoping for, even with keeping a watchful eye on the temperature, but maybe my standards have changed since I'm now used to fattier cuts that come out glistening with "moisture" (otherwise known as rendered fat). The flavor of the meat was also quite light, but that was expected and the filling really delivered by giving this pork roll an amazing taste. The hot sopressata and provolone worked in conjunction, with the cheese mellowing the heat and also adding some moisture that was absent in the pork itself. The basil added a good anise-y herbal touch while the parmesan did not come through as a distinct element, but I bet it would have been missed if it had been absent. My fondness for this stuffed pork loin may have been heightened a bit because it brought me back to my earliest grilling days when I was still utilizing the cheapest grill I could find in a space that barely held a handful of folks comfortably and everything I was cooking still felt new and exciting, especially rolls like this, which made me feel like I was graduating into some next-level cooking.