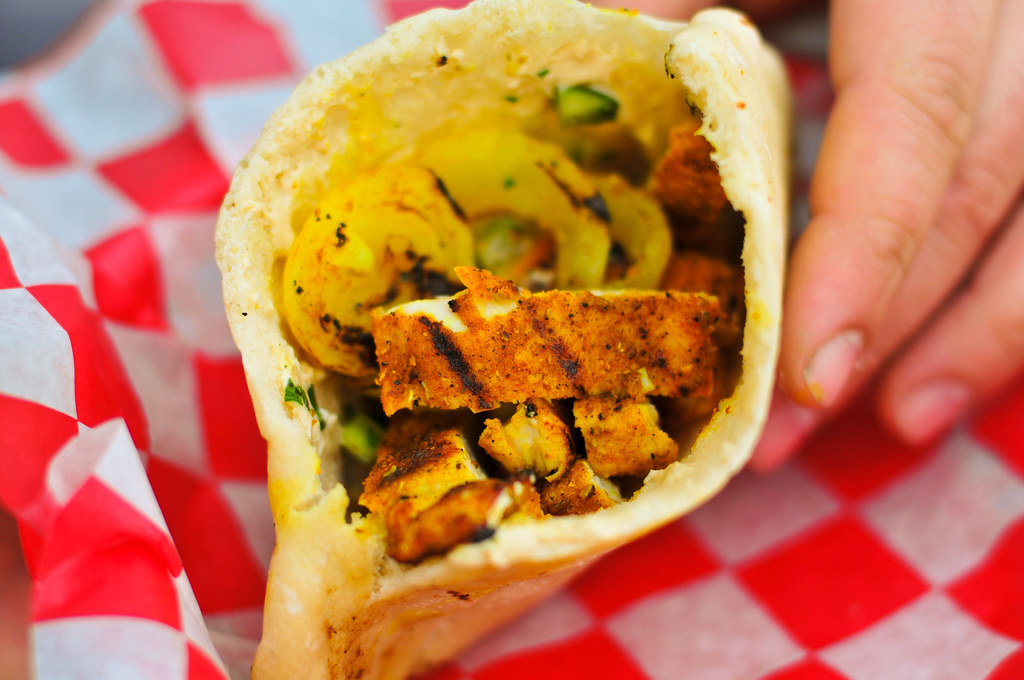 I just received a brand spanking new passport in the mail yesterday. I don't know what it was, but I some how felt odd that I was without a valid passport for over half a year. It's not that I had any plans to go anywhere, but not having that option always lingered in the back of my head. It was pure laziness that it took my so long to renew—who really wants to sit and measure a photo of them self to Department of State guidelines—but now that I have it, I'm fantasizing of all the places I've been and want to go. Looking through my previous passports while putting my new one away, I flipped through the visa pages of my most used passport, filled with stamps from Middle Eastern journeys, and all of sudden, more than anything, I just wanted some shawarma. 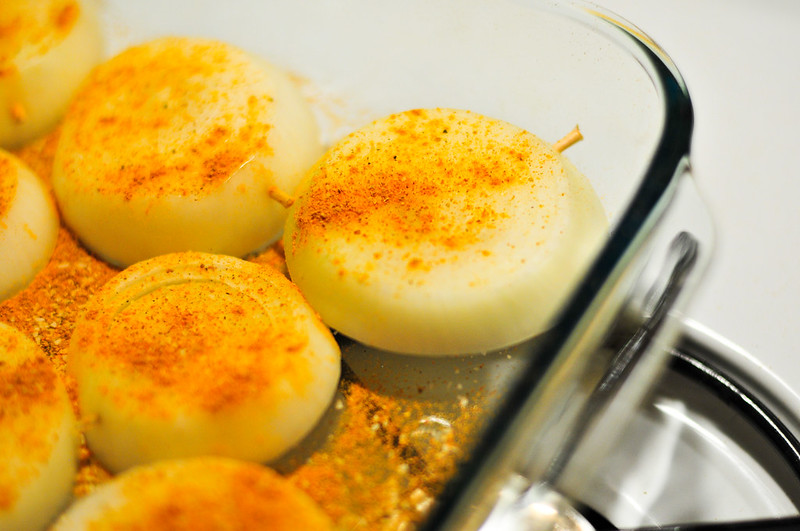 I had spent a semester "studying" in Tel Aviv, where shawarma quickly became a daily ritual. I always went for the lamb, with my mouth watering every time I watched that juicy, spiced meat being sliced off a massive column rotating on a vertical rotisserie. It's so good, I wish I could still get it everyday, but few places outside the Middle East really get it just right, and my hopes to make it at home are desperately low. 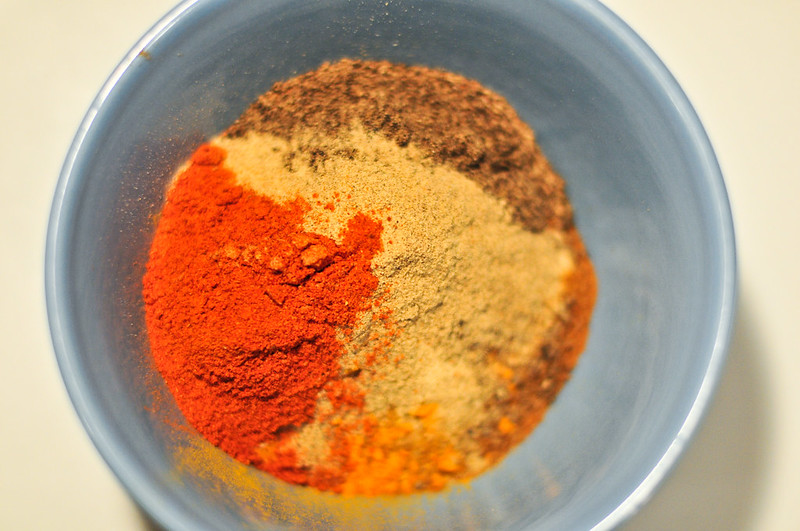 So without a feeling that I'll ever truly replicate the fondess of memory in my own kitchen, I threw out any notion of authenticity and made a turkey shawarma from a recipe that sounded pretty delicious that I had seen in Bon Appetit. 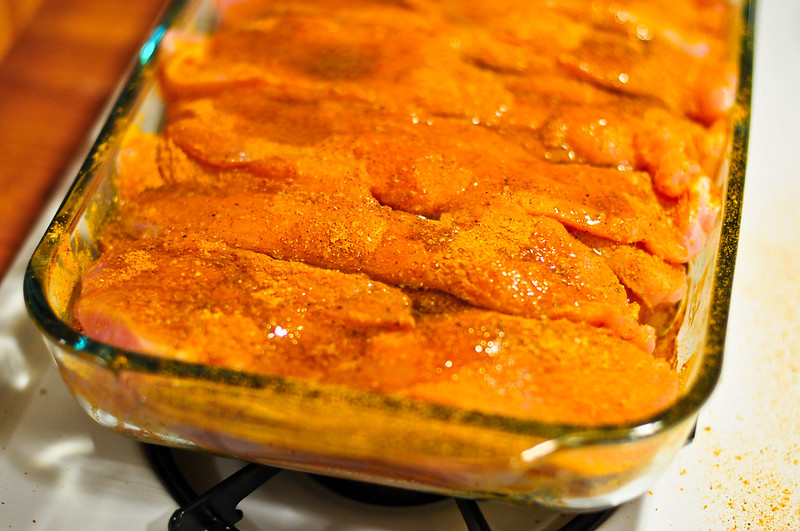 It started with a spice rub of turmeric, salt, coriander, cumin, black pepper, white pepper, and cayenne that was applied to brined and split turkey breast cutlets, which were laid on top of a layer of sliced and skewered onions. This then got a nice stay in the fridge to absorb the flavors of the rub. 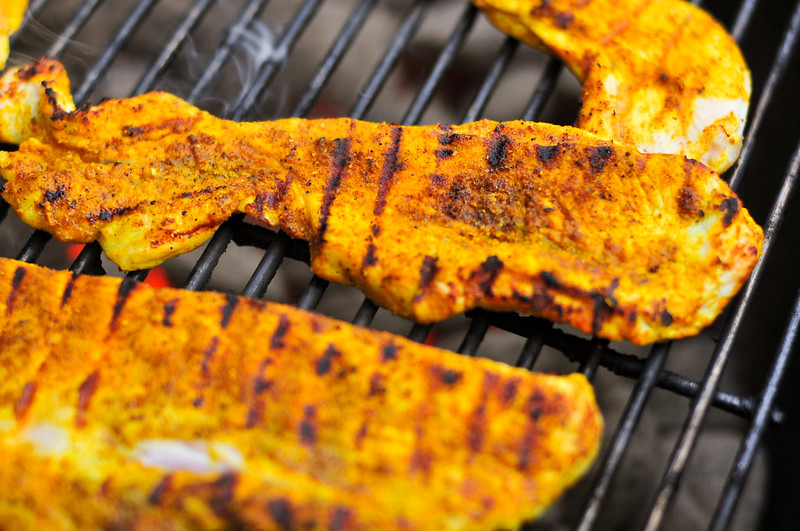 A big part of shawarma is the crisp-tender texture the meat gets on the vertical rotisserie. Until I purchase one of my own—don't tell the wife, but one day I shall own one—replicating that is probably near impossible, but the grill offers probably the closest chance. Cooking thin slices of meat over a high heat can produce a nice crisp crust, while not allowing the insides to over cook. So that's exactly how I grilled these. 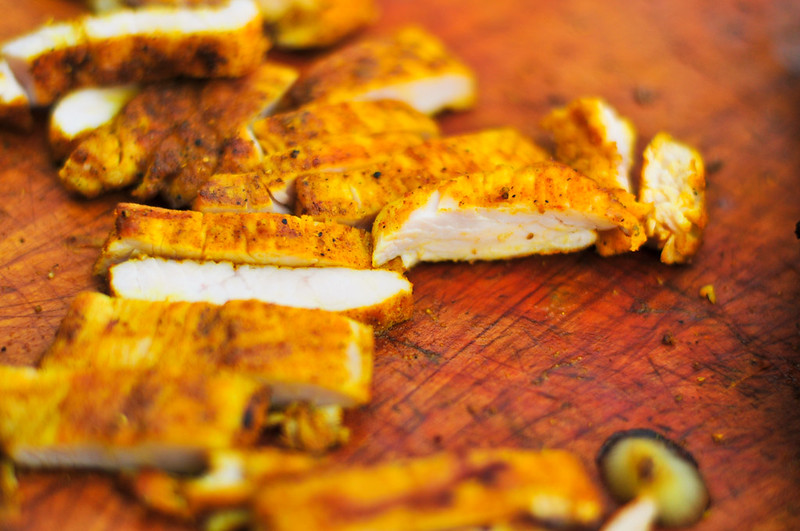 I got a decent result. Mindful that turkey is not the best meat for forming a crust, there was some light blackening to outside of the turkey, creating an every-so-slight crunch, while the brined meat remained juicy inside. 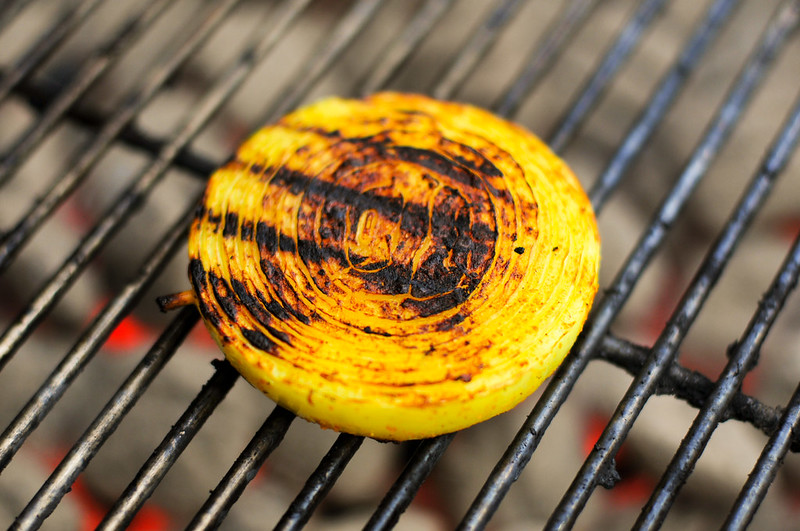 Those onions that the turkey rested on also got the grilled treatment, creating these beautiful yellow discs with a great char, sweetness, and crunch. It got me thinking that spiced onions could be a nice treat on their own. 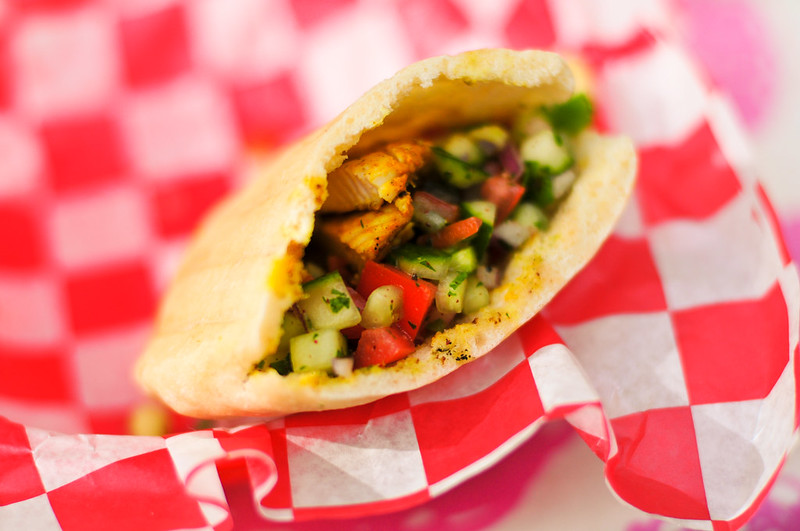 After everything was grilled and sliced, it got stuffed in homemade pocket pitas along with the required Israeli salad and hummus. The spiced turkey had a nice heat and flavor reminiscent of Middle Eastern cuisine, although a taste that was really its own. Paired with all the other stuffings, the pita was in a great harmony and made a killer sandwich. While I had no doubts that this would not be a shawarma of memory, and it wasn't, it was, never-the-less, pretty freaking good.

Writing this is leaving me with even a stronger desire to start collecting new stamps and new memories and new tastes into my new passport, so I better stop now before I hastily trade in my ever-growing airline miles...or maybe that's exactly what I should do! 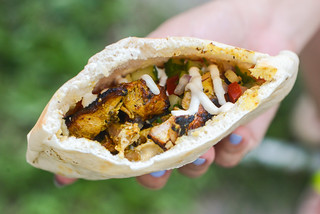