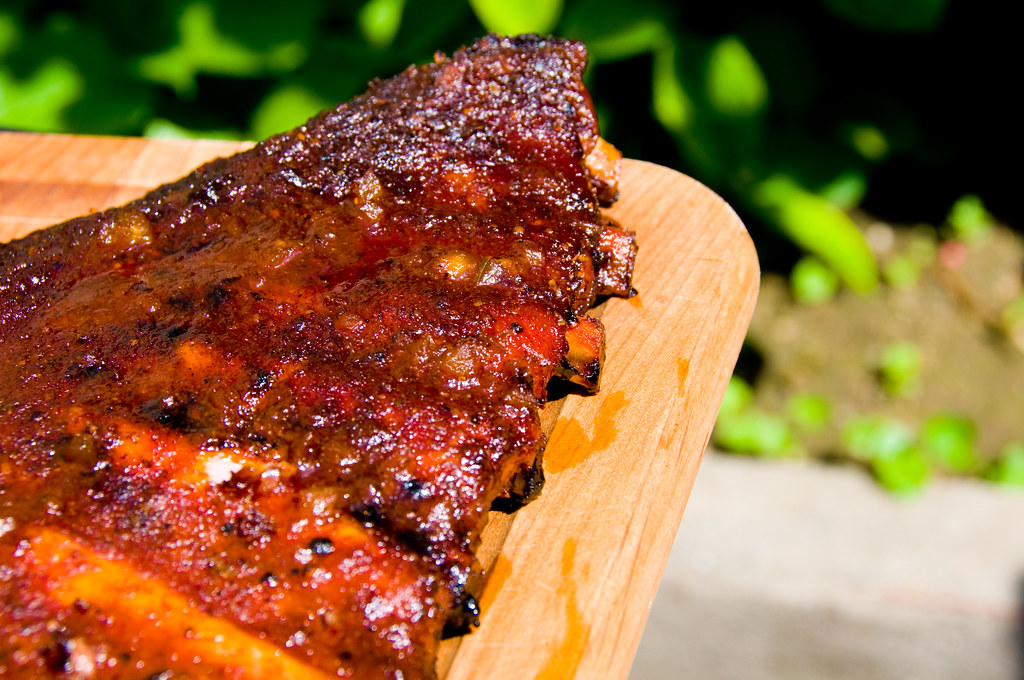 I have to thank the barbecue gods for Mike Mill's Apple City Ribs. That recipe has provided me with rib perfection, leaving no good reason to stray, but for the sake of diversity, I decided to go out on a limb and try something a little different. If I was going to venture into the new, I wanted it to be in uncharted Meatwave territory, leading me to a recipe that featured different flavors (pineapple, honey, garlic), different method (braising), and a different pitmaster (the great Chris Lilly). 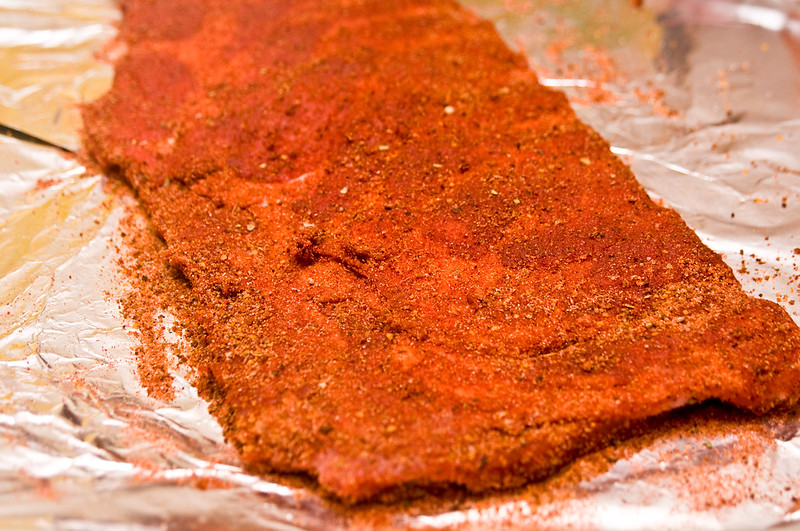 For all the differences, these ribs started out exactly the same. I trimmed them up, removed the membrane, rubbed them down with Magic Dust, and let them sit in the fridge overnight. During this waiting period, I whipped up the sauce, which brings the new flavors of honey and garlic into a somewhat standard recipe. With just a taste of the sauce, I knew these were going to be outstanding and couldn't wait until the morning to get things smoking. 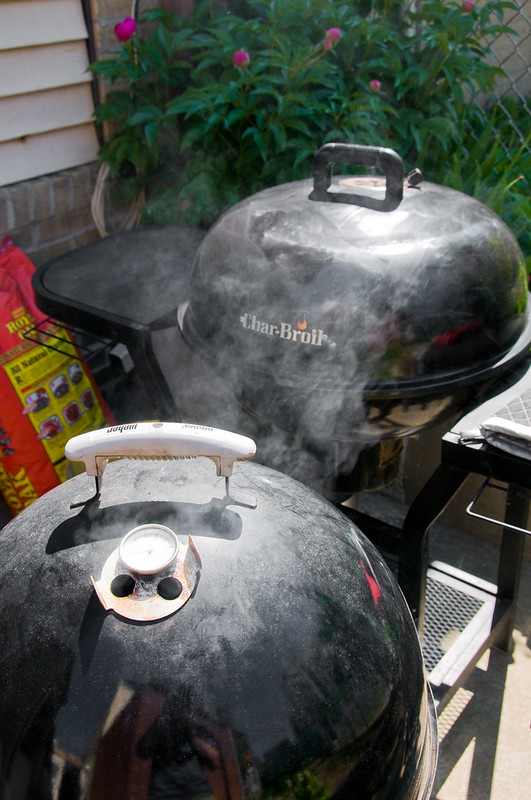 The morning came and I fired up the smoker. The cooking process both intrigued me and gave me pause. I normally smoke my spareribs for about 6 hours, but this recipe called for a smoke, then a braise, followed by another smoke. I questioned the authenticity of this method as barbecue—which is usually defined by smoking meat low-and-slow—but then I stopped that silliness and figured Chris Lilly certainly knows what he's doing and what I should be most concerned with producing the tastiest, best ribs possible. 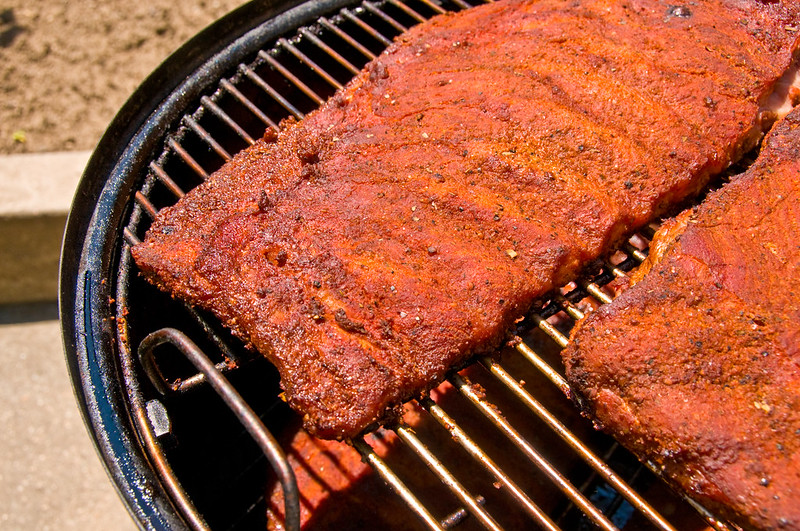 After the initial smoke of 3 hours, I removed the ribs and wrapped them individually in foil packets. Then I poured some pineapple juice into each packet, sealed them up, and set them back into the smoker to braise for an hour. 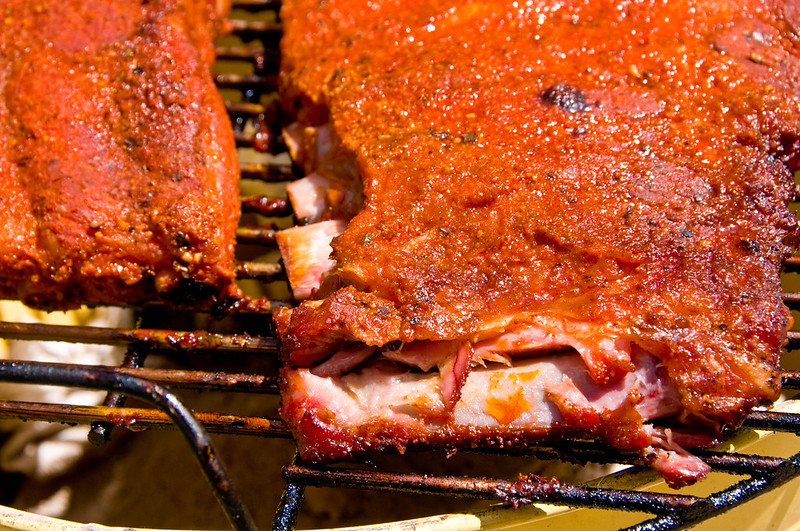 After that hour, my first view of the ribs revealed that the braise produced a fall-off-the-bone tender rib. My barbecue ribs are not usually that way, retaining a slight stick to the bone that's easily pulled off with your teeth, which is that way most properly barbecue ribs seem to be. Never-the-less, fall-off-the bone tender is what most people equate with perfect ribs and the revelation that these ribs held that quality excited me. 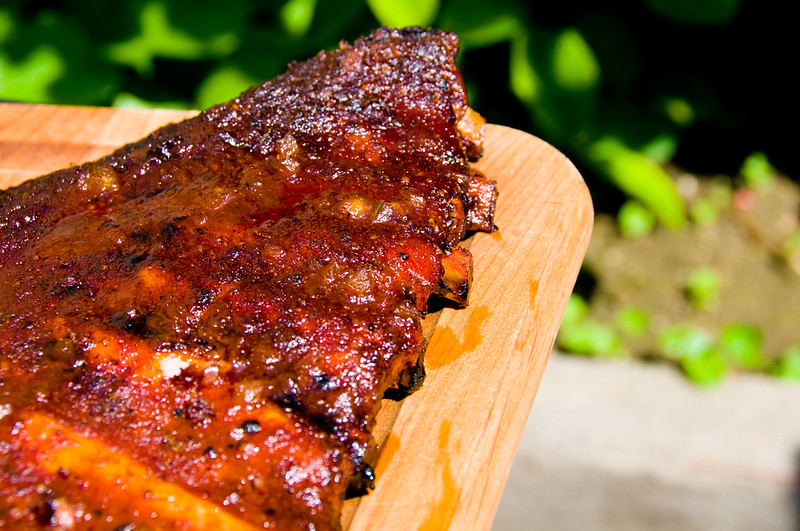 After the braise, I removed the ribs from the foil and cooked an additional hour, then topped with that excellent sauce I made the day before. Leaving the smoker, the Metawavers huddled around these beauties, wanting their share immediately, impatiently waiting for me to take photos. 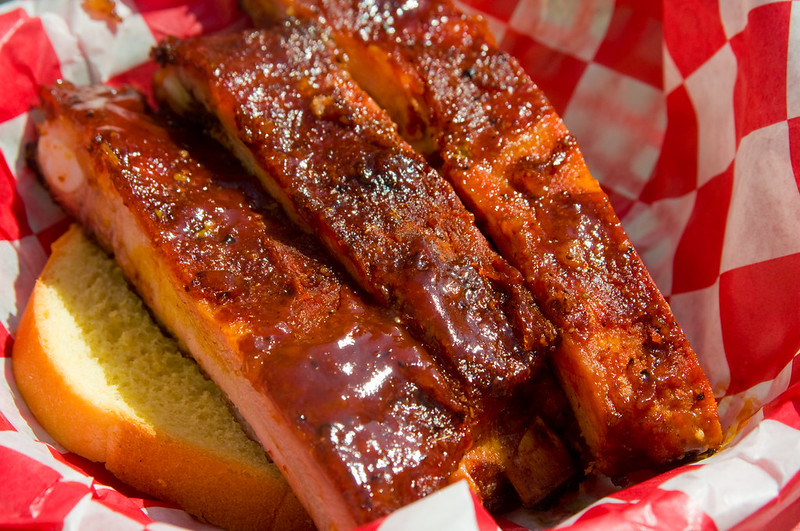 The initially taste test blew me away. These ribs had it all going on. The pineapple, honey, and garlic flavors along with the extreme tenderness produced one superbly succulent rib. The smoke flavor even came through, but not quite as strong as with ribs that would have been purely barbecued. As I surmised after seeing the meat fall off the bone earlier, these babies were a huge hit with the Meatwavers, who preferred them over a batch of Apple City ribs that I cooked alongside. I'm not positive if these ribs were truly better, or if it was the fact that they were different that caused such a reaction from the masses, but it definitely reminded me that no matter how good something is, it never hurts to switch things up now and then.