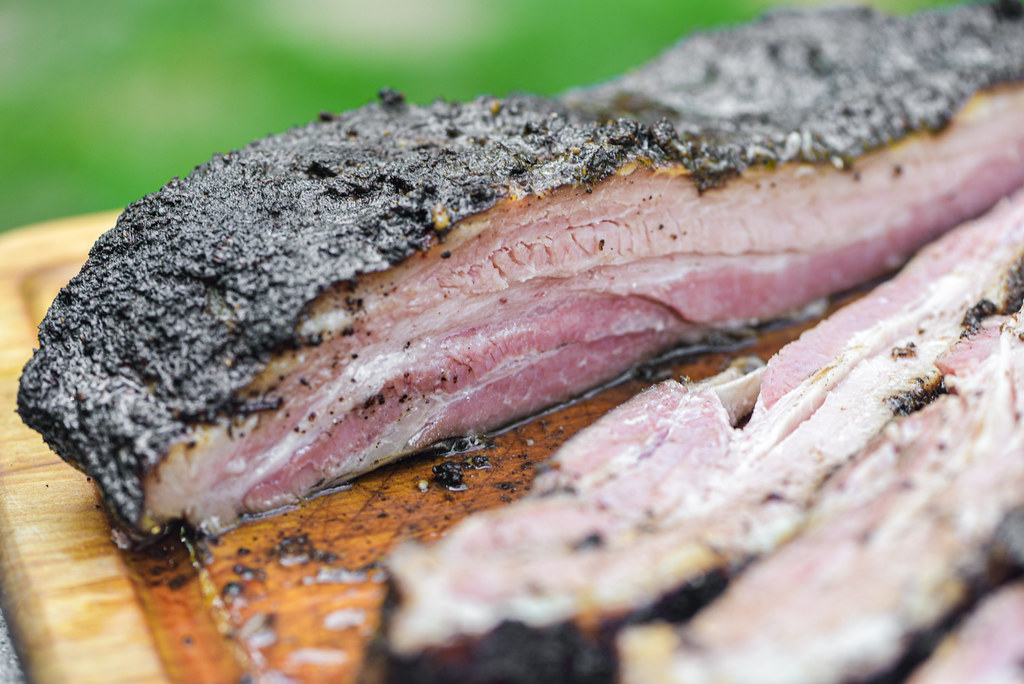 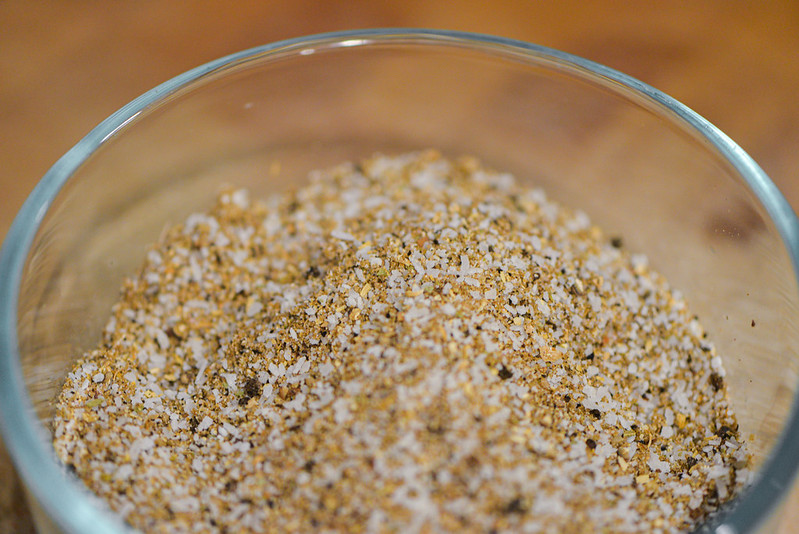 This recipe would have been exactly the same to make bacon up until a specific point in the cooking process. So I'll probably go back and try this out as a more true bacon recipe in the future because the foundations are total solid, having been tested with years and years of past pastrami recipes. The pastrami starts with a dry cure that's mostly salt but has added seasonings of brown sugar, coriander, garlic powder, bay leaves, allspice, cloves, and the required pink curing salt. 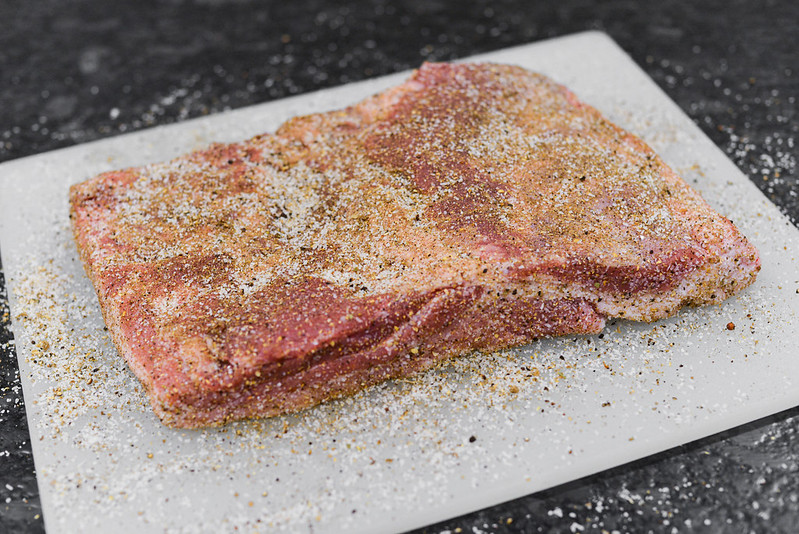 Really, the only difference in this recipe from past ones is the meat of choice, which was pork belly this time around. I had a good four pound chunk of boneless pork belly that I removed the skin from prior to seasoning it liberally with the cure. 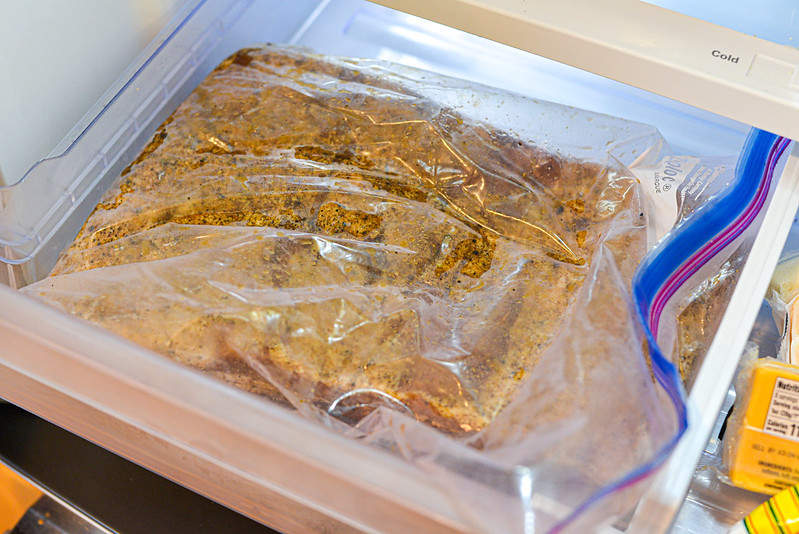 Once the cure was applied, I moved the belly into a large Ziploc bag and stuck it in the fridge for five days. Part of my daily ritual during this time became flipping this bag over every morning when I got up, and the again in the evening. Continually flipping the bag helps ensure the meat is curing evenly throughout. 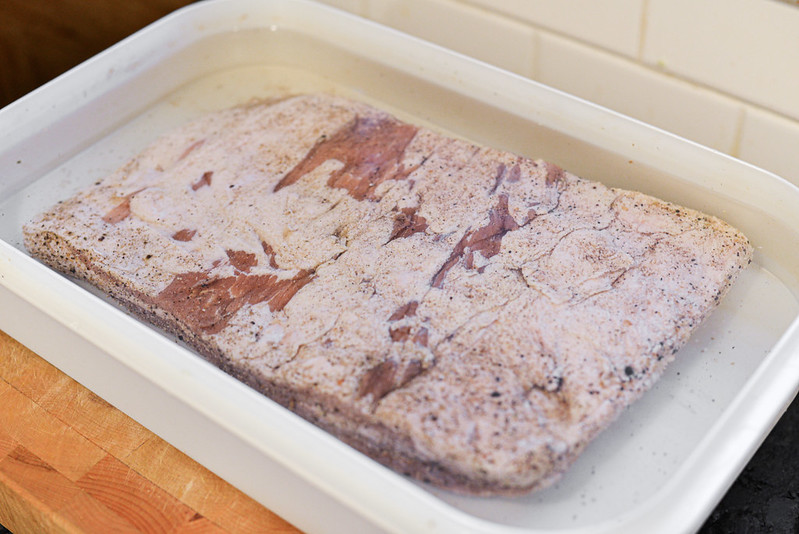 The cure renders the meat incredibly salty, so salty in fact that it would be unpleasant if some of the salt was not removed. So to desalinate the meat, I soaked it for a couple hours in water, changing the water about every 30 minutes. 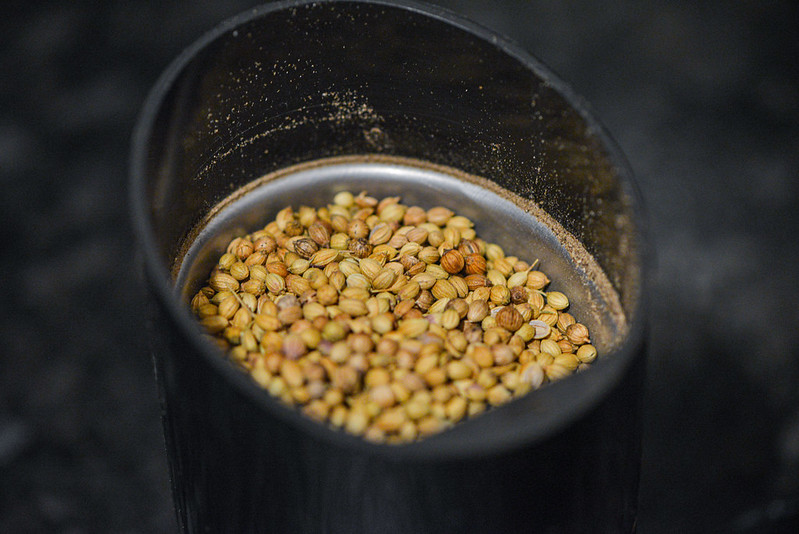 Then it was time to apply the rub, and a pastrami rub couldn't be simpler. It's only made up of three ingredients with a 3:2:1 proportion. The three parts is coarsely ground black pepper, the two parts is coarsely ground coriander, and the one part is granulated garlic. For the freshest and most potent spice mixture, buying whole pepper and coriander and grinding them right when needed is definitely recommended, plus that gives you more control over the coarseness of the grind. 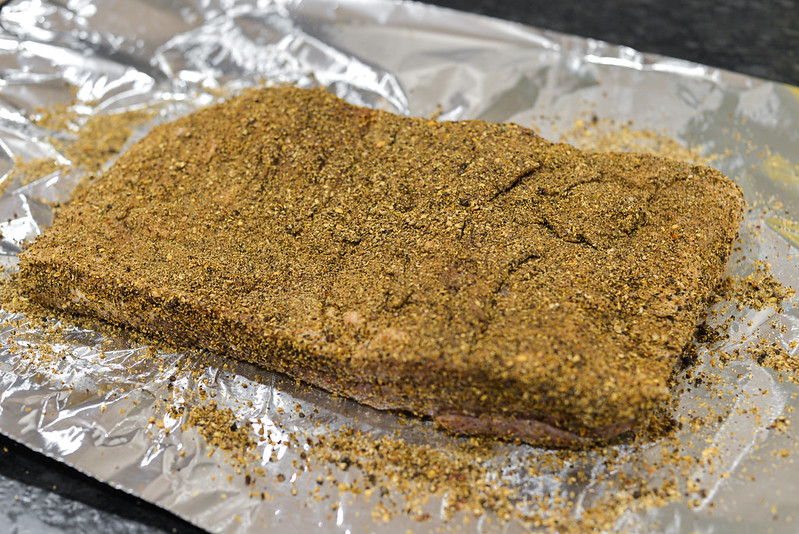 Once the rub was prepared, I coated the pork belly in it generously. It may look like this is over seasoned, but the rub on the pastrami is so strong and defining, anything less than total coverage isn't going deliver the powerful flavor associated with this preparation. 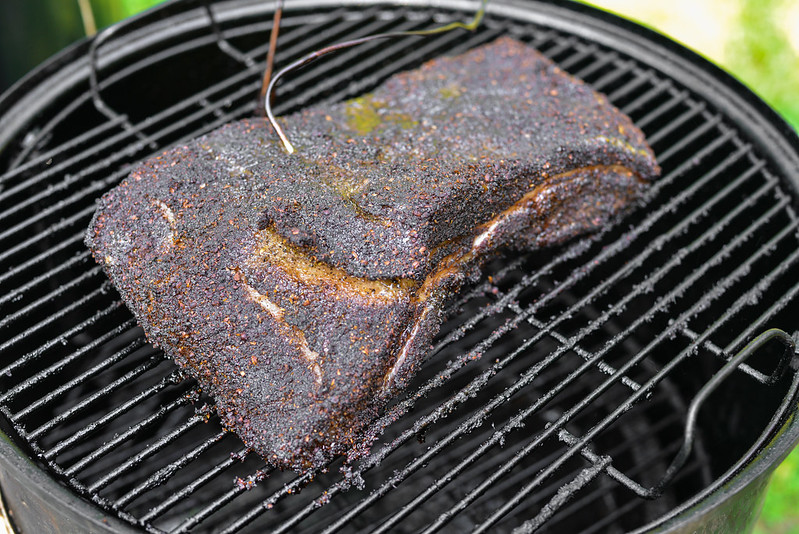 So now we come to where my original idea for pastrami bacon turned into pastrami pork belly. Both would have require smoking, and I indeed smoked this meat in a smoker running at 225°F, but bacon you would pull before it's fully cooked, at around 150°F, while a normal pastrami you'll want to cook upwards to 203°F and include a steaming step in there. 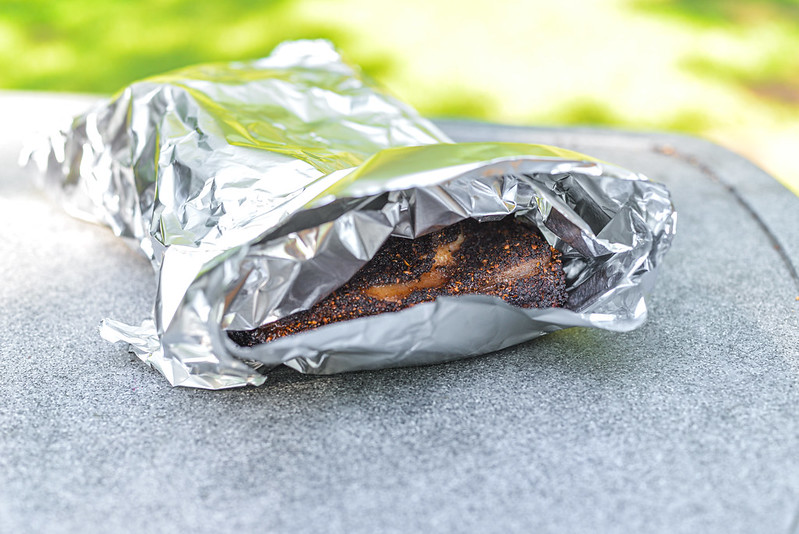 Rather than removing and cooling the meat when it hit 150°F, I instead wrapped it in foil, poured in some beer, and stuck it back in the smoker until it hit 203°F. I made this last minute change in direction because I had a very large crowd coming over that day and there was a distinct advantage to having a meat that was completely done that I just had to slice and serve, over one that needed to be cooled, sliced, and then cooked again. 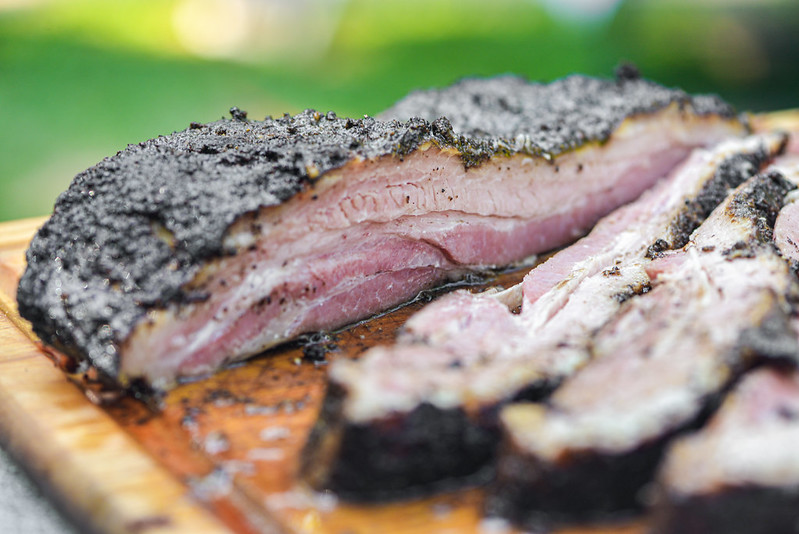 So pastrami bacon will need to wait for another day, but in the meantime, I can say that pastrami pork belly is a glorious thing. The fat was so soft and luscious, while the meat was incredibly tender with a nice saltiness to it. Those salty innards melded with the strong peppery and earthy rub to deliver the full pastrami flavor spectrum, except utilizing a medium that was lighter than the usual beef brisket. So this just adds to a growing list of recipes that I'm amassing that proves that you can give most any meat the pastrami treatment and come out on the other side with spectacular results.