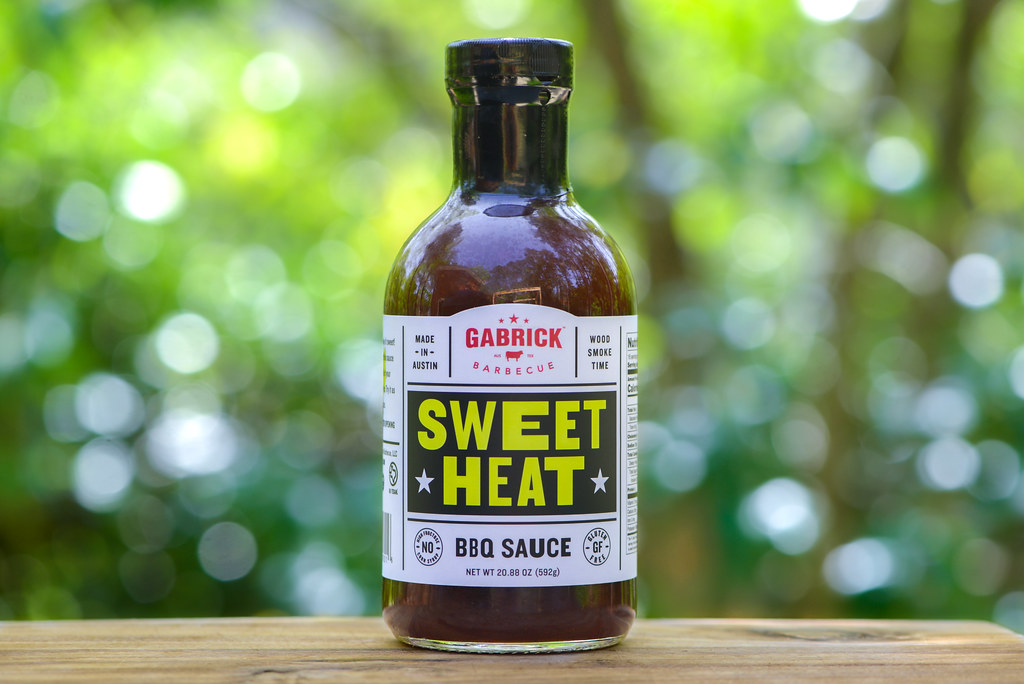 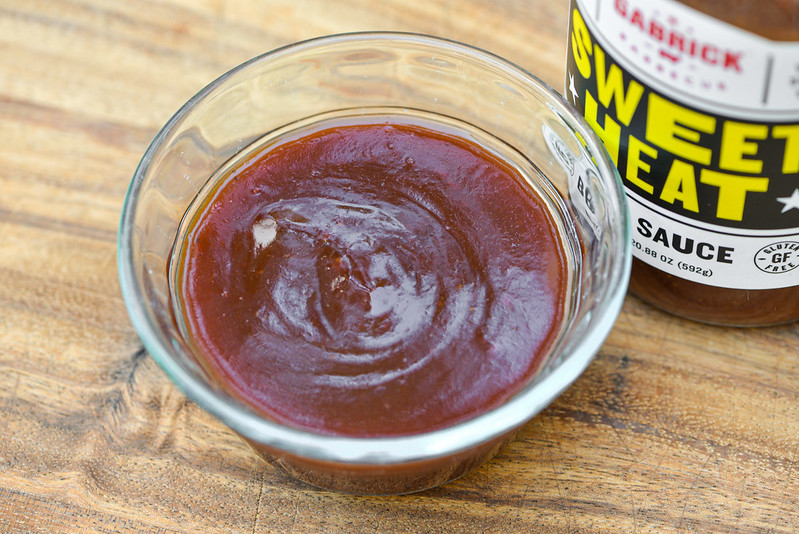 If you're searching for some silver linings of the covid pandemic, Gabrick Barbecue sauces could be considered one. Mark Gabrick had recently launched a food trailer in Austin just as everything began shutting down in 2020 and was left looking for a way to keep his business going. He did so by shifting focus to his sauce line-up, perfecting the recipes and then bottling them and getting them to market. Mark had some solid food industry experience to help him out after running a barbecue restaurant called Brick's Smoked Meats in Sarasota, Florida prior to returning to Texas. Both his business and cooking know-how led him to rather quickly get his sauces distributed locally via H-E-B stores, as well as setting up an online shop. In additional to the four sauces under the Gabrick brand, there's a variety of merchandise also available to purchase.

A bright and tangy combo of vinegar, tomato, sugar, and heat imparts and complex aroma from the first whiff of this sauce. While most of these elements are in good balance with each other, the tang is the most prominent of the lot. The tomato here has an unmistakable ketchup character, but that overt sweetness gains a lot of depth by way of Worcestershire and molasses. In the spice department, the peppers hit the heaviest, strong enough to impart a tingle in the nose, but there's also a notable celery component while the more common players, like onion and garlic, are accounted for in the background.

The semi-transparency of this sauce makes it easy to see a lot of spices that come in all different sizes and colors. The sauce's hue is maroon and it weighs in as medium thin with a very syrupy consistency. From a suspended spoon, the sauce falls in a fast and even pour that ends with a few final drips and leaves only a thin coating left clinging to the head of the silverware.

A sweet and tangy start almost instantly develops a ton of depth as tastes of tomato, Worcestershire, and molasses all enter simultaneously. As the sauce settles in, the sweet ketchup flavor bumps up right before notes of celery, onion, and garlic all enter in an equal manner. The celery then comes out ahead of the other two spices at the same time peppers begin to impart a mild heat that ramps up to a tongue tingling medium burn while vinegar does a similar thing, but neither fully drown out the sweet tomato, Worcestershire, or spices, creating a very full bodied aftertaste. 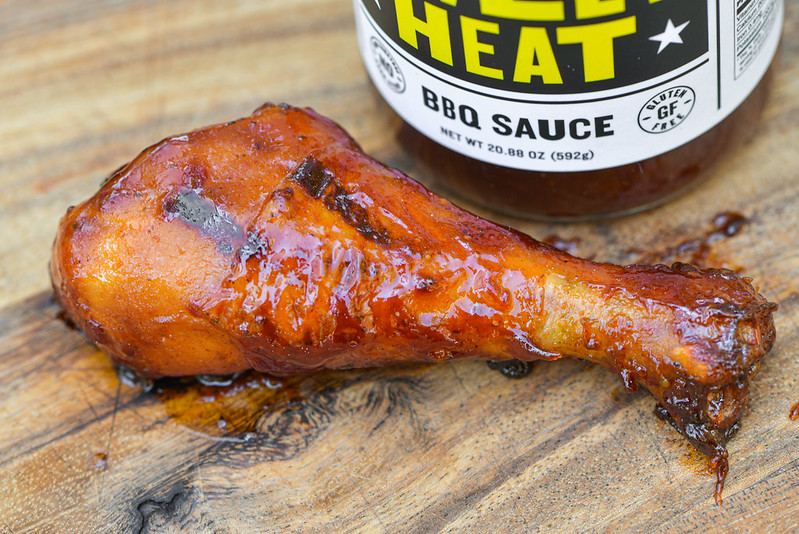 This sauce brushed onto the chicken in a thin and even layer that was lighter than standard and left some parts of the chicken bare initially, but then built up well after multiple brushings baked down well over indirect heat. When moved over to the hot side of the grill, there was light caramelization and no burning whatsoever, while the light layer of sauce meant that even the minimal sauce loss that was experienced had the leg benefiting from one final brushing at the end. The first couple bites had mainly a bright and sweet tomato ketchup flavor with a small amount of molasses mixed in. About three more bites deep, the vinegar, Worcestershire, and spices worked their way in to add balance and depth to the more minimal initial taste. The heat remained pretty mild after being cooked, but the presence of the peppers was known by the time the leg was done being consumed.

The Gabrick Barbecue line of sauces has continued to impress me with each review, and this third recipe I tried kept up that trend. For my personal taste buds, this is a standard barbecue at its best—a balance of sweet, tangy, fruity, and spicy with a ton of savory complexity and flavor progression that makes me want to keep eating spoonful after spoonful. If I had sampled Sweet Heat first, I may have awarded it a perfect score, but I know that this is not the highest height of the Gabrick line, and it also wasn't quite as great after being cooked when the boost of sweetness that was gained overshadowed some of the spices and scaled back the heat. Still, you're not going to find much better than this, and if the more unique Candy Jalapeño isn't your thing, I would not hesitate to recommend you douse Sweet Heat on just about anything. Personally, I think this would be a killer wing sauce applied both while grilling and afterward. The sauce is certainly strong enough to hold up against hearty things like ribs, pulled pork, and the like. The only place I think there's potentially better match ups is in the beef realm, especially really hearty items like brisket or burger, where the power of the meat could drown out some of the nuances that make this sauce taste so good.