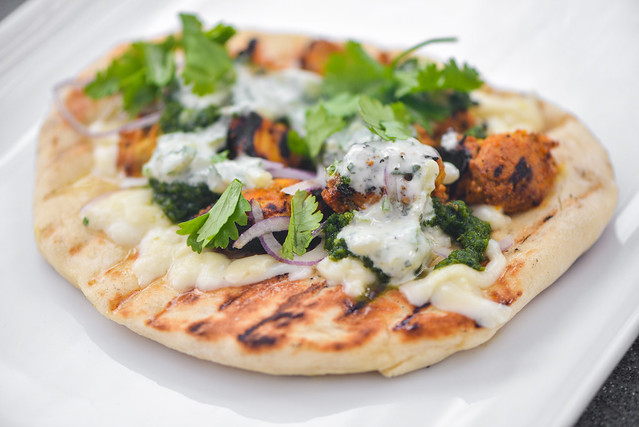 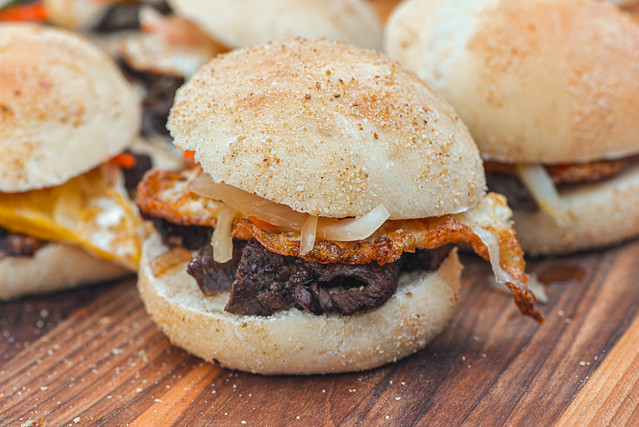 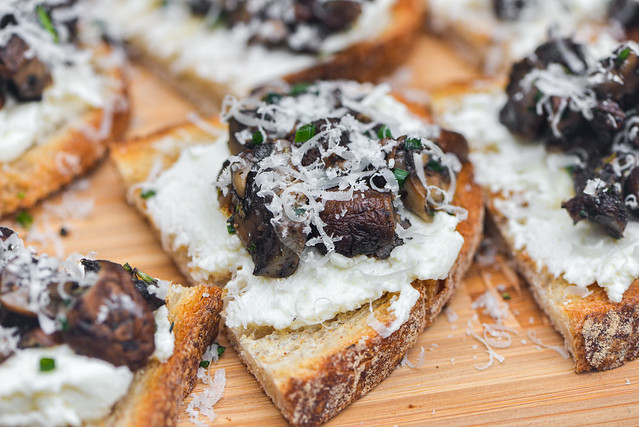 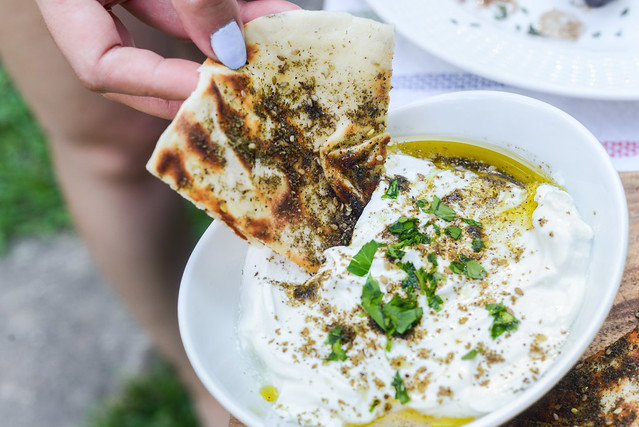 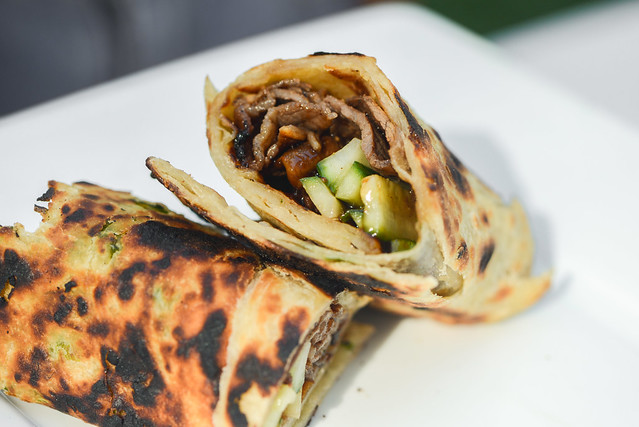 What restaurant stops seating 45 minutes before closing? Well, if you're in Vancouver, the answer is just about all of them. After attending the usual equally awkward and fun conference party while in the Canadian city over the summer, my co-worker and I hightailed it to grab some soup dumplings at Dinesty Dumpling House, where I was also intrigued by a scallion pancake beef roll I had seen photos of. Arriving over thirty minutes before closing, we were informed seating was closed for the night, so we disappointingly made our way down Robson street, stopping at more restaurants of interest, only to be informed none would seat us, even though some of their closing times were above 45 minutes away. As we wondered what the hell was wrong with this city, we finally found a late night spot that could placate our hunger, but not in the way those Chinese goodies would have. I haven't forgotten that night, nor my desire for that beef roll, so decided I needed to make it for myself.