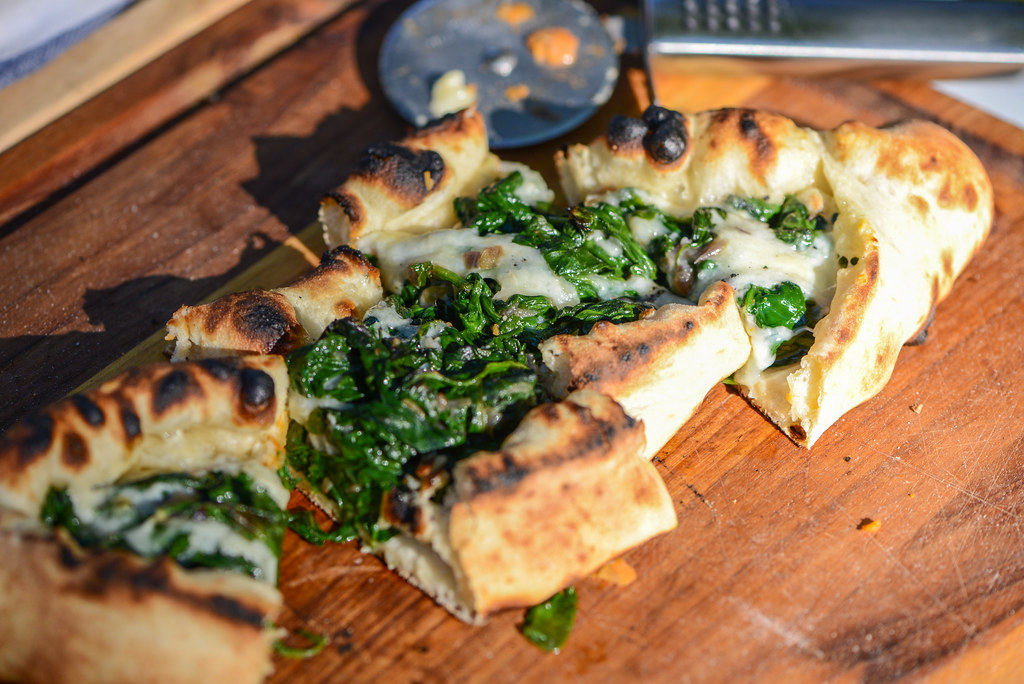 In my creative process of thinking of new recipes, once I hit an idea, my brain often won't stop considering all the variations that can come out of it. This was the case when I decide to try to make Turkish pides— which are pizza-like stuffed flatbreads. My original inspiration was a minced lamb pide, but instantly I wanted to also do a potato version, and a spinach and cheese version. My tendency towards excess led me to make all three, and I'm finally getting around to sharing that last one of the series. 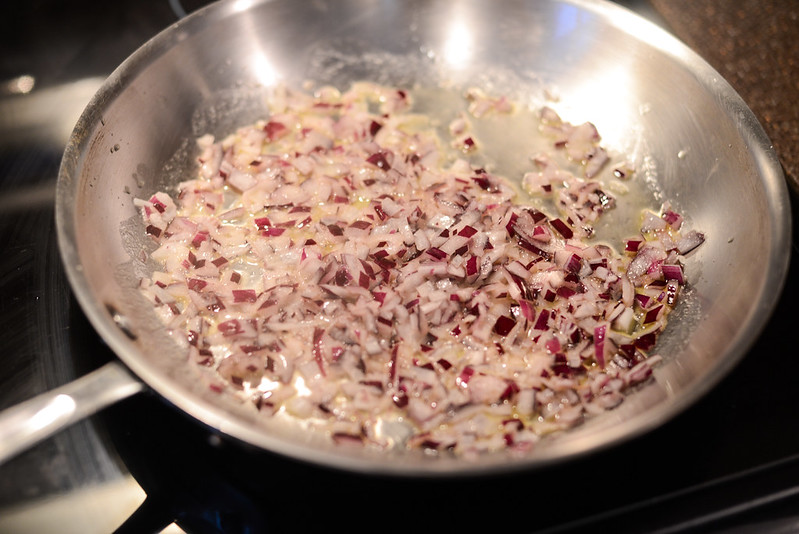 Of the three pides I made, the spinach and cheese variation is the lightest on ingredients. The spinach mixture is pretty basic and pretty delicious. It started with sautéing finely diced red onion in butter and and oil until it was just softened, but not browned. 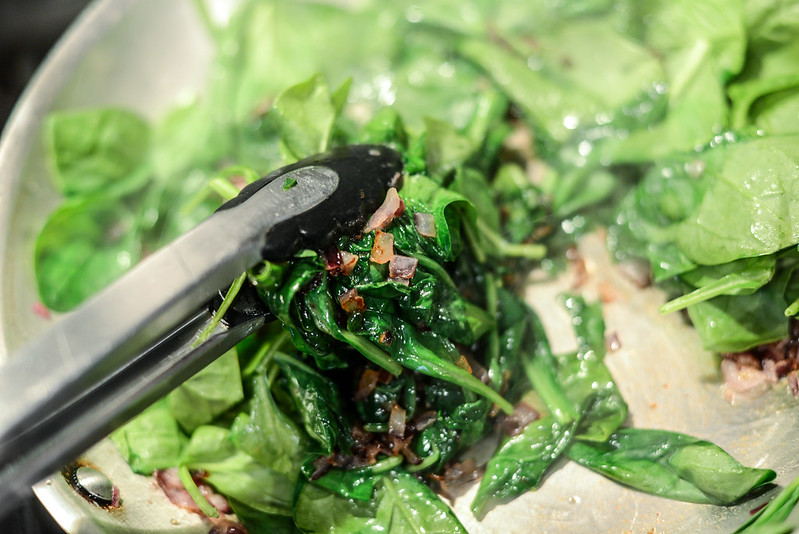 Then I added in spinach in large handfuls, stirring until each batch was wilted. Once I had the entire pound of spinach in the pan, I let it continue to cook until the excess moisture was gone. A final seasoning with salt and pepper finished up this half of the filling. 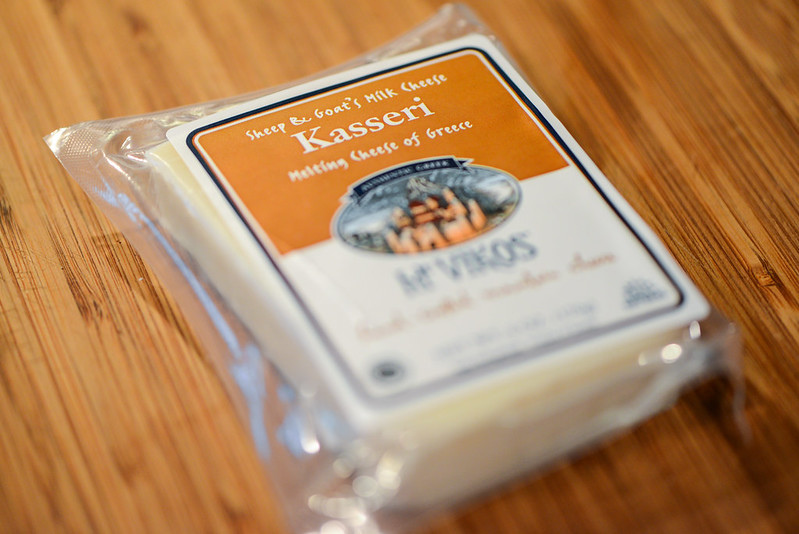 The other half is cheese, of which Kasseri seemed to be the most popular choice for this pide application. Kasseri, produced both in Greece and Turkey, is made with sheep's milk and has a semi-hard texture and a mildly tangy, salty character. If Kasseri isn't something you can pick up easily in your grocery, don't sweat it and just use a low-moisture mozzarella instead. There will be some sacrifice in flavor, but overall texture will be somewhat similar. 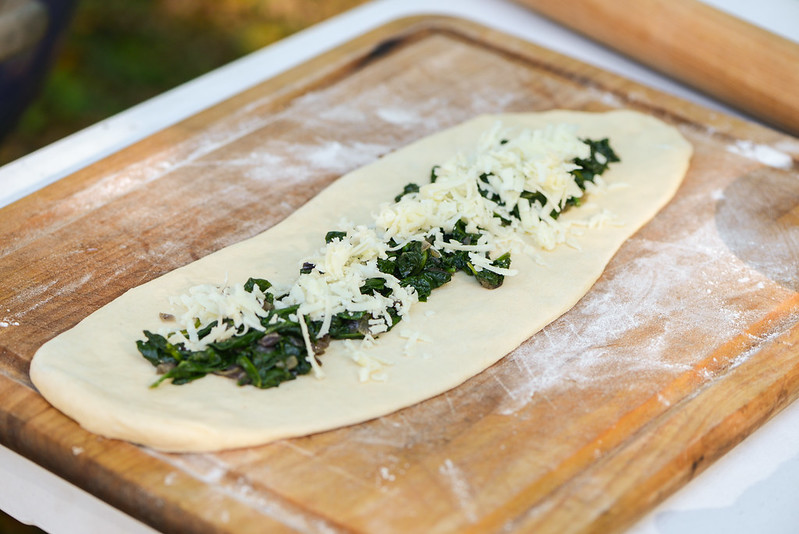 Assembling the pide wasn't all that hard, but it took me a few tries to get it right. I first started by rolling out the dough into a long oval—you can check out details on the dough here. Then I spread out a layer of spinach and cheese along the center, leaving a good inch of room along the edges. 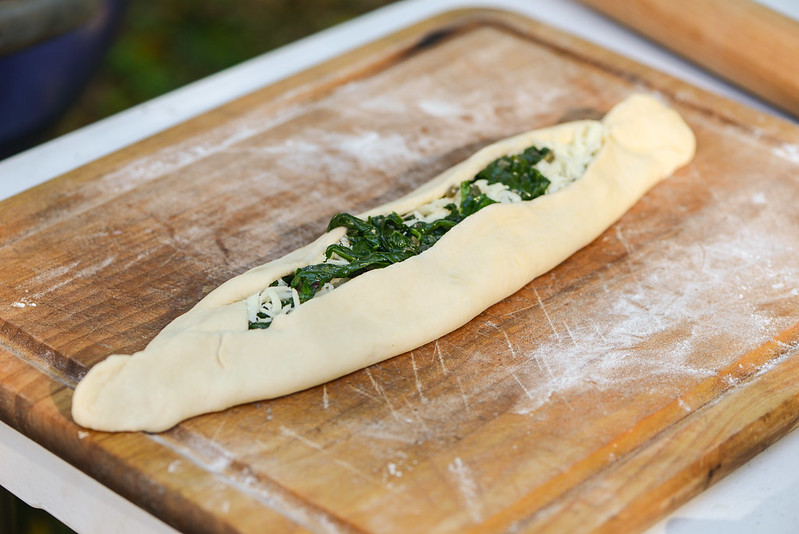 This allowed me to finish the formation by folding over the sides and pinching the ends closed. 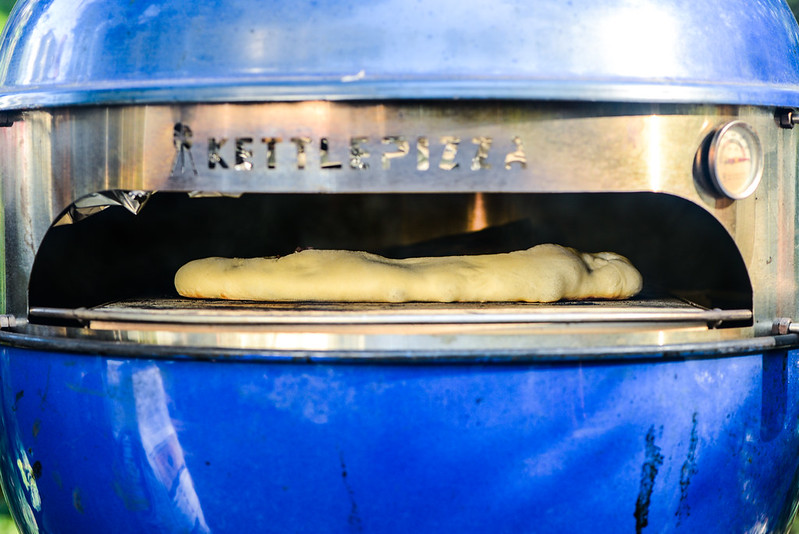 I utilized my KettlePizza to cook these, since its intense temperature produced from burning wood is perfect for this type of bread/pizza baking. I got my KettlePizza up around 950°F, which cooked this pide in about three minutes, rotating it about halfway through. 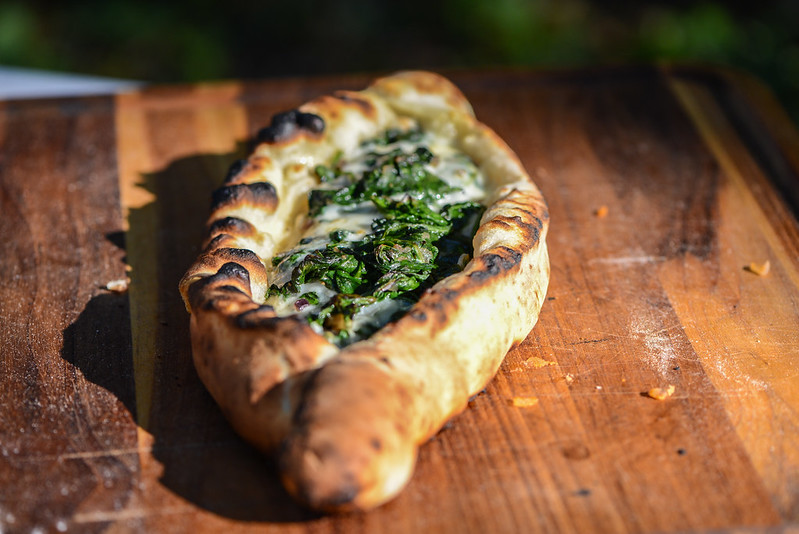 My first shot at it turned out like this. If this were a pizza, I would have been proud of the puffy, spotted crust, but pides are supposed to be thinner with a little more crunch. This was mighty pretty and mighty tasty though. 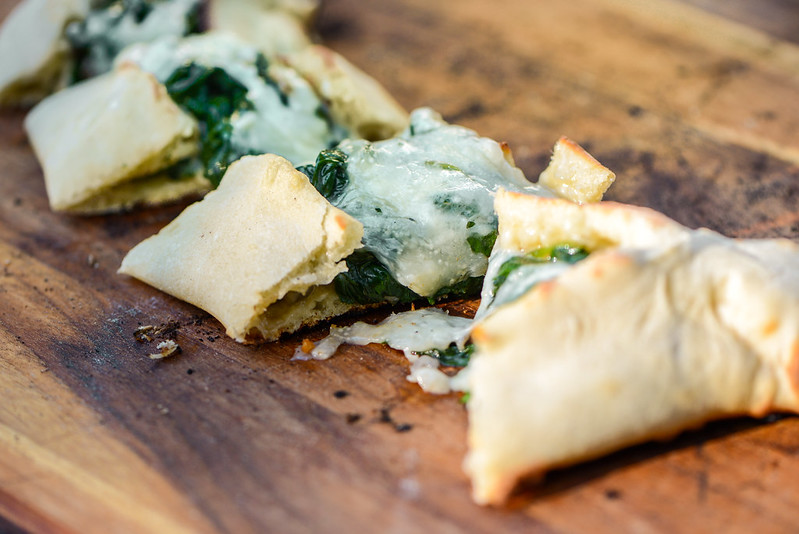 I got the crust texture down better on subsequent tries by rolling out the dough thinner, which made it both not as puffy and required less time to cook, keeping it from charring like that first one did. The overall pide was pretty stellar. The minced lamb and potato versions had a layered spice that made them more complex, but there's a lot to be said for the fresher, lighter flavor of this spinach pide. The spinach was nice and tender with a faint onion-y flavor and richness thanks to the butter. It's simplicity was given a little boost from the mildly tangy Kasseri, but not so much to make this feel heavy at all. Taking that altogether with the crisp crust, it made me happy I invested additional time to do a third variation and already has me thinking of even more pides I can make in the future.