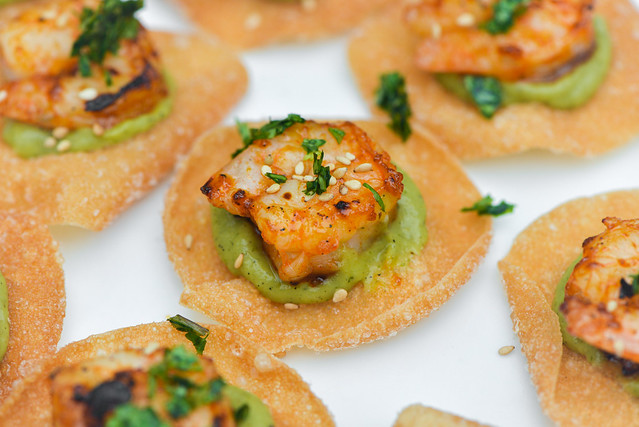 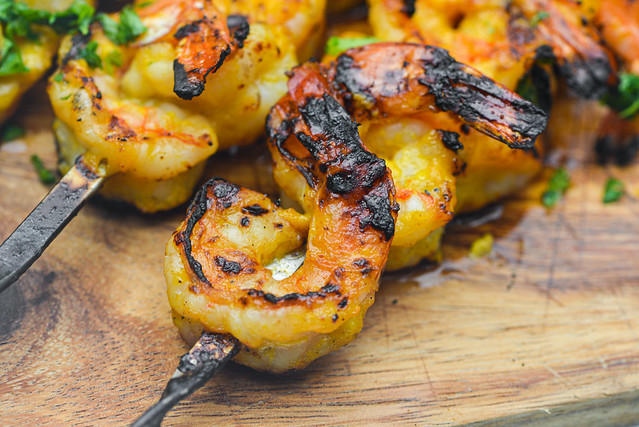 I'm on a small quest to bring more seafood recipes to The Meatwave. I've admittedly tried this before and ended up reverting back to my seafood adverse ways, making little progress in becoming the more holistic eater I wish I was. I think this time is different though because I have the nudge of two newish Meatwavers who are pescatarians, and just as I've been adapting to cooking for the larger vegetarian constituency I now enjoy, I'll likely keep seafood more top of mind because of these particular friends. So when mapping out a menu for a cookout that featured spicy dishes, this mango-habanero shrimp had no problem making the cut. 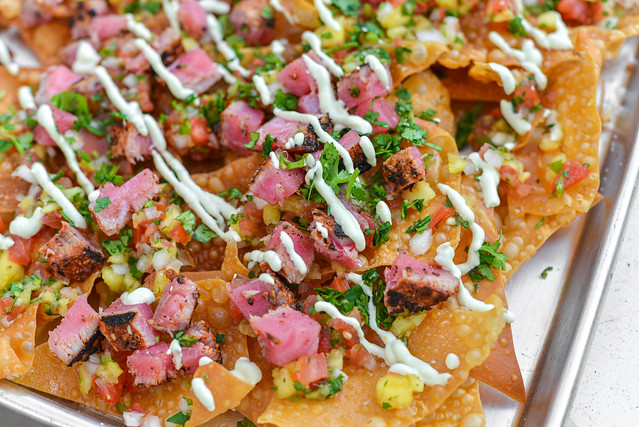 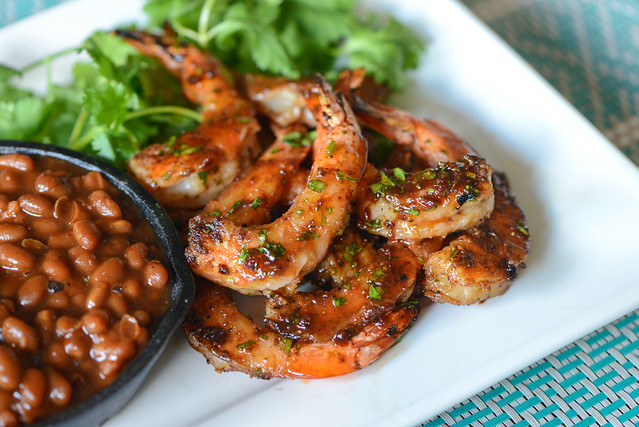 Sometimes I feel like the entire world loves shrimp except me. I've been seafood averse my whole life, and while I'm more tolerant of sea creatures nowadays, shrimp has not followed suit and remains pretty firmly avoided. Knowing I'm somewhat isolated in this respect, I feel like I can't not cook shrimp, and if I'm going to cook it, I'm going to grill it up the best it can be. So with some tricks to success and a delicious chipotle-lime sauce, I ended up with a dish here that even I partook in, albeit in a smaller than normal quantity. 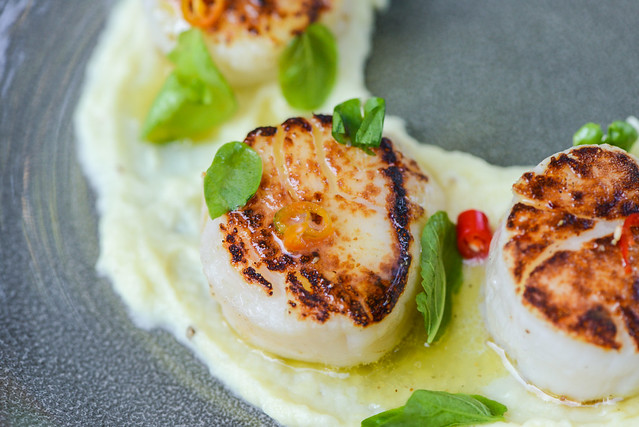 One of my friends here in Durham is a cookbook author and he was inquiring recently why I haven't made the jump into the printed word. The answer would be primarily that seems like a lot of work I don't have time for, but I have had chances through the years to author a book, but most of the time publishers were looking for someone to write a book they had a concept for, not one that was true to my own passions. Only one publisher ever enticed me, enough so that I was even considering taking a sabbatical to develop recipes and write a book, and that pitch was to create a book aimed at the more experienced griller—recipes that involved preparations the novice might find daunting, but accessible for those who have already tested the waters and were ready to dive into the deep end. I feel like a lot of my recipes straddle that line, and in thinking of what might be one the best representations of that topic, these seared scallops with a yuzu vinaigrette and parsnip purée are exemplary.