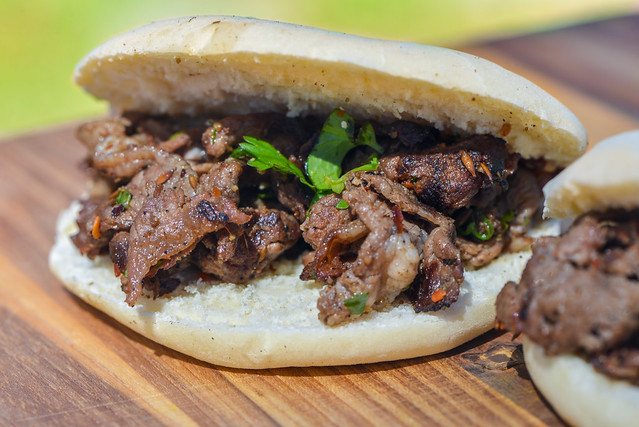 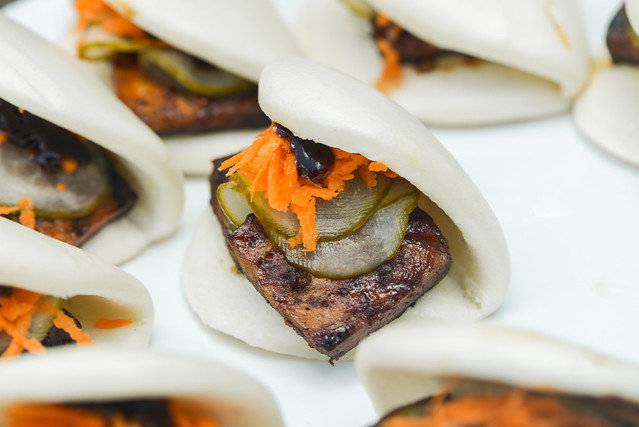 I was pretty excited for the char siu pork belly buns I decided to make at a Meatwave this past season, but felt a little bad that the item I was looking forward to the most couldn't be enjoyed by about a third of my guests since they were vegetarians. Not wanting to leave anyone out of a centerpiece dish for the day, I decided to make the exact same buns, expect sub out the slow smoked char siu pork belly in exchange for marinated and grilled char siu tofu, and while on the surface the recipes are fairly similar, the final outcome of the vegetarian option was pretty different and unique. 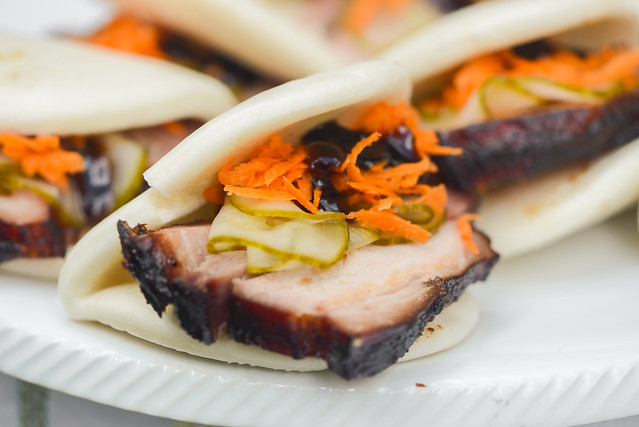 Pork belly buns have become a theme for me over the past few years. The first ones I did used a sous vide and grilling double cooking method, then I started going for straight up smoked pork belly and had some pretty fantastic results doing them both in Texas- and burnt ends-style. Since you can never have too much of a good thing, I just kept rolling with my belly buns and have now a fourth incarnation to share, this time doing them up with a char siu sauce. 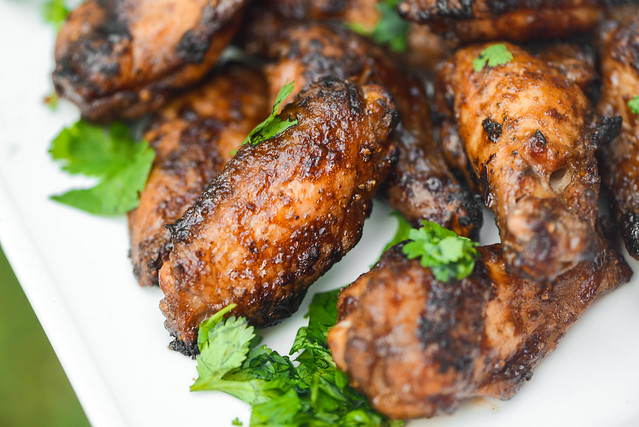 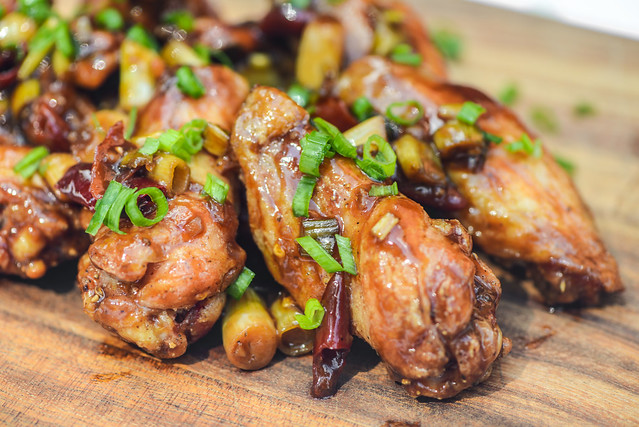 We may have just ended the "most wonderful time of the year" for most folks, but for me, that period is just beginning because January is wing month! For those just tuning into the Meatwave, I dedicate the beginning of each new year to one of my all time favorite foods—chicken wings—and we're now nearly twenty five recipes deep and I have no intention of quitting developing new wing recipes anytime soon. To get us started off on a high note (well, they're all high notes, but this one is particular ear piercing) I present to you General Tso's chicken wings.